The Ocean Is Turning Into Acid Because Of CO2, So That’s Fun And Exciting

Maybe start avoiding the beach? Unless you want to look like Harvey Dent. 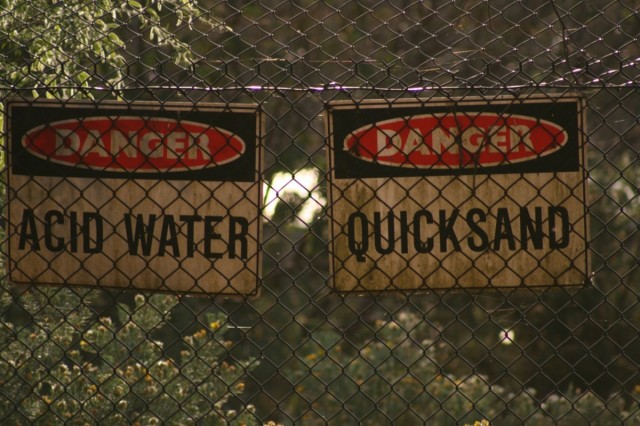 Stop me if you’ve heard this one, but the ocean is fairly important to, you know, all life on Earth. That being said, it’s pretty unfortunate that a new, comprehensive study of our major bodies of water has shown that – slowly – they’re all becoming steadily more acidic because of global warming.

In a new study published in Oceanography, a team of researchers from the Bermuda Institute of Ocean Scientists took a look at data from seven long-term ocean studies to see how the waters were being affected by the increase in human-produced carbon dioxide.

The data spanned over twenty-five years, and was taken from the North and South Pacific Ocean, the Eastern and Northern Atlantic Ocean, and the Caribbean Sea. Despite being super-varied geographically, all the data said the same thing: more CO2 in the ocean means that the chemistry of the ocean is changing. The surface of the ocean is becoming less alkaline (meaning it has less ability to neutralize acidity); thus, the ocean’s pH levels are decreasing.

This “ocean acidification” is already having a negative effect on sea life; any marine organisms that build shells or skeletons as part of their make-up are finding it harder to do so. I guess the best we can hope for is that, somehow, his acidification kills off all examples of the horrifically terrifying Magnapinna squid.

(via Bernews, image via toholio)