Or you could do it the normal way, but that's much slower. 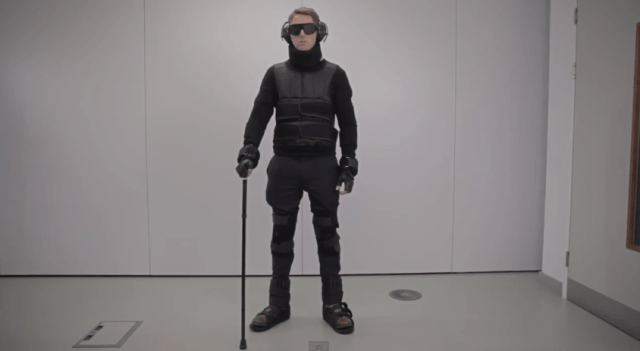 Remember that one time in Doctor Who when the Master hit the Doctor with an evil science ray that rapidly aged him? You can’t do that because you’re not a Time Lord, but you can put on this specially weighted suit from the South Bank University Institute of Vocational Learning. It’s not as dapper as Ten’s suit, but it gets the job done.

In order to get a feel for how the suit works, 25 year old journalist Josh Halliday of The Guardian borrowed the suit for a few hours and walked down the stairs and into the streets of London to buy a cup of coffee. He got a lot of stares, mostly because he looked like the lamest Terminator ever. However, he also found that it was a lot harder than he anticipated to move around, which is kind of the point. Check out the video:

The suit is designed to impede mobility on all parts of the body, with several options of eyewear for different ranges of sight. South Bank University specifically uses it to give their healthcare assistant students a better insight into exactly what their patients might be going through.

Of course, there are other more cheaper ways to figure out what it’s like to be an old person, as one of the commenters on The Guardian article notes: “May I suggest the cheaper and old-fashioned method – an actual conversation?” Yeah, like the guy in the £1070 suit is going to voluntarily talk to an old person who’s not his own mother. Come on! 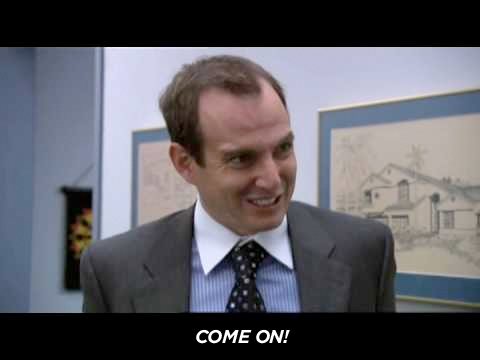 (The Guardian via Neatorama)