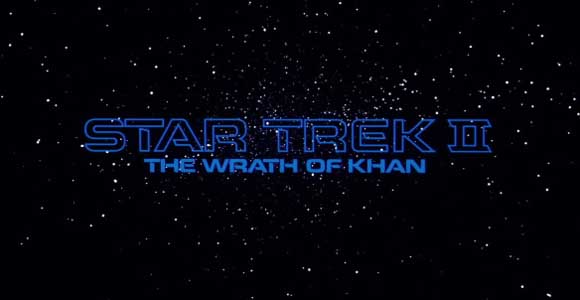 I know people have some strong feelings as to whether or not Khan Noonien Singh should even enter the realm of J.J. Abrams Star Trek but while people debate that, some other news was quietly released. A character from Star Trek’s past, from Star Trek II: The Wrath of Khan to be exact, has a role in Star Trek Into The Darkness. Who is it? Hit the jump to find out and maybe there will even be talk of Klingons!

Yesterday we posted about Benedict Cumberbatch’s character name, which may or may not be a diversion. If you watch the first trailer (or rather, the longer Japanese version), you spot something that looks reminiscent of The Wrath of Khan. You also see a blonde women who many also jumped at the chance to speculate about. Turns out they were right.

IGN attended a press event where it was revealed actress Alice Eve’s character (previously kept under wraps) is in fact Dr. Carol Marcus. Yes, a molecular biologist for the Federation and the mother of Kirk’s son, David. Whether the film will stay true to her character is still unknown but if they do, we’ll actually get to see her relationship with Kirk, a relationship that led to a child and her telling Kirk she’d rather pretend he didn’t exist and raise their son on his own. And yes, her Federation work leads to the development of “Project Genesis,” the basis for the film The Wrath of Khan.

Meanwhile, GeekTyrant says recently viewed test footage confirms that Klingons are indeed in the film. Silas Lesnick of ComingSoon.net says there are 14 Klingons to be had and just two get speaking roles. He tweeted, “They do have forehead ridges but with ornamental piercings and facial hair out of the original series!”