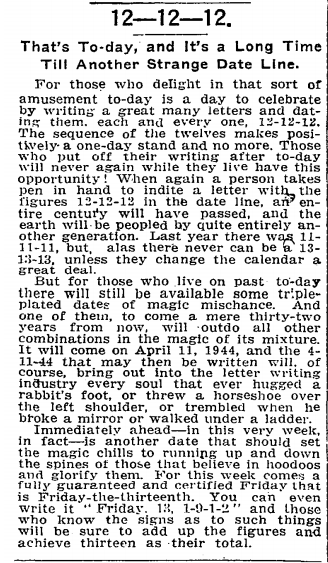 I give you: the coolest thing about today’s date conforming nicely to the human desire to find patterns in any and all things. Wave to the nice past-people, everyone!