Things We Saw Today: Comic-Con By the Numbers | The Mary Sue

Things We Saw Today: Comic-Con By the Numbers 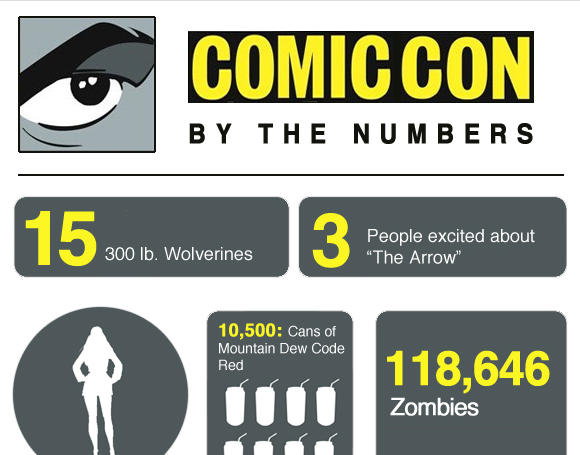 There’s a lot of information to process when it comes to Comic-Con. Here’s a handy (and amusing) infographic, via Regretsy, to help you through (Full version after the jump). 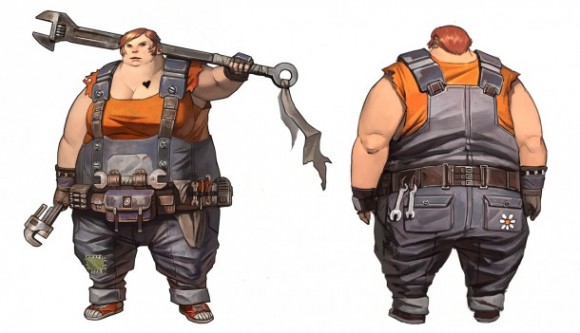 The creators of Borderland 2 talked to PC Gamer about the NPC Ellie. They said some pretty cool things, including:

The narrative goal with Ellie was to have a character who hits all of the tick marks of a good Borderlands character (funny, unexpected, looks as if they could probably kill you in thirteen different ways if you got on their bad side), while also making an independent female character who looked the exact opposite of how most females tend to be represented in games. We also wanted to make sure that, through her dialog and visual design, we never cast her in a light where the player is encouraged to pity, laugh at, or mock her because she doesn’t look like Jessica Rabbit. 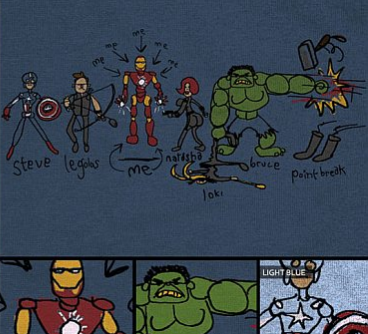 Tony Stark is of legendary ego. Here’s a T-shirt documenting how he looks at different members of the Avengers team. (via Geeks are Sexy)

Having more girls create is just going to create more stories for more people to enjoy. And not just for girls. What about the 50-plus crowd and senior citizens? Or really little kids? … That’s why it’s so important to have more women, more people in general, more people of color and people of all ages getting into comics, reading them and then creating them. This is a medium that deserves to be made and to be read and to be enjoyed and celebrated.