A holiday commemorating "the first case of homosexual necrophilia in the mallard" is weird enough for us to get behind. 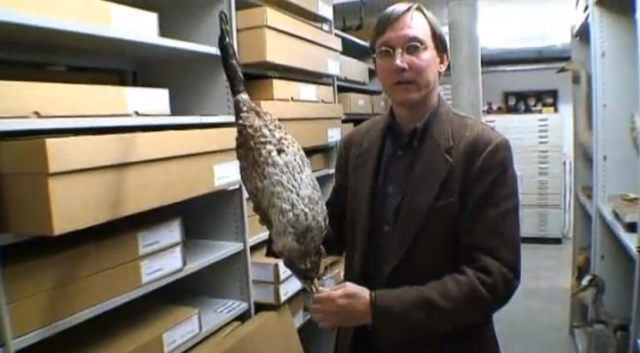 On June 5, 1995, scientific history was made when an unlucky male mallard duck flew thoughtlessly into a new glass wall at the Natural History Museum Rotterdam in the Netherlands. The poor bird died instantly, but it’s story was far from over. Instead of being buried in a shoebox in the musuem’s back yard, as seems appropriate, the dead duck would lead to a piece of award-winning scientific research in the most humiliating way possible — by being the first documented victim of homosexual necrophilia in mallard ducks.

Far from the peaceful-seeming creatures you’ve probably fed at ponds, ducks have a well-deserved reputation in the scientific community as being sexually aggressive to the point of absurdity. Male ducks, or drakes, are so aggressive that females have evolved corkscrew shaped genitals and even false wombs to prevent being impregnated by a stranger on a mating tear.

But surely there are limits to the animals’ ludicrous libido, right? Well, maybe, but science has not found them yet. That’s because on seeing the body of the newly dead duck, another mallard — also a male — decided ‘Ah…why not?’ This live mallard then mounted the corpse and proceeded to have sex with it.

For an hour and 15 minutes.

Now if the mounting mallard had kept his deviant sex life to himself, that might have been the end of it. But “homosexual necrophiliac animals” are the sorts of things that tend to draw the attention of employees at Natural History Museums. Researcher Kees Moeliker documented the act in a paper that won him an Ig Nobel Prize in 2003 and has led to him being invited to speak at TED. Meanwhile, the anniversary of the act has become a small strange holiday at Rotterdam’s Natural History Museum, and in the last few years, it has been opened to members of the public who wish to celebrate a small, strange milestone in modern science. Attendees commemorate the life and death of the violated duck and discuss was to prevent birds from hitting glass windows  before capping the day off with a six course meal consisting primarily around — you guessed it. Duck.