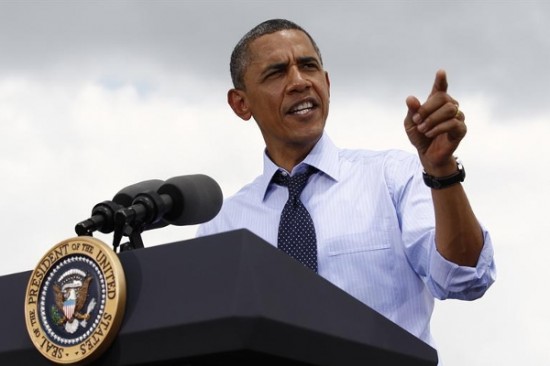 President Obama will be issuing an executive order allowing for sanctions to be imposed on foreign nationals who use technology to violate human rights, the Washington Post reports. The order, which will be given in a speech at the U.S. Holocaust Memorial Museum, is intended to bring the U.S. up to speed, in a way, and acknowledge that technology can be both a very useful tool and a very dangerous weapon in the wrong hands. Since the Internet has become a major part of modern protests, like we saw in Egypt, it’s also fallen under fire by many authoritarian governments who would rather see the Internet shut off entirely. With the issuance of this order, the U.S. will be officially opposed to that sort of behavior, specifically in cases where it enables widespread violence and mass murder.

The order is mostly in response to recent developments in Syria, but it is broad enough in its scope that it will apply to technologically based human rights violations of all kinds. The National Security Council’s senior director for multilateral affairs, Samantha Power had this to say to the Washington Post:

“This unprecedented direction from the president, and the development of a comprehensive strategy, sends a clear message that we are committed to combating atrocities, an old threat that regularly takes grim and modern new forms.”

While the order is clearly concerned with governments that engage in flagrant, openly malicious abuses of technology, usually hand-in-hand with direct physical violence against citizens, it’s an irony worth noting that the announcement is in such close proximity to the House vote on CISPA. Although CISPA isn’t exactly flagrantly malicious, it does potentially give the government access to unprecedentedly large amounts of citizens’ non-anonymized personal data and bears at least a slight resemblance to the kind of behavior this order is speaking out against, if nothing else but in its potential for abuse.

That said, the order’s concerns with genocide — emphasized by the location of the announcement — make it fairly non-applicable to domestic affairs.  The order will provide “challenge grants” that will allow and encourage U.S. tech companies to develop tools that can be used to fight against Internet-based human rights violations abroad.

The order will immediately apply to several Iranian and Syrian “entities,” as well as one Syrian individual and will result in a visa ban and financial restrictions.

The speech is scheduled for 1:00 EST and can be live-streamed here.