Report: Iran Plans to Block Internet and Create Its Own 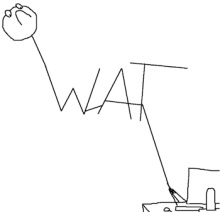 According to observers of Iranian policy, Iran is looking to further censor its Internet by, basically, preventing access to the regular ol’ Internet and creating a national Internet to take its place. Newser reports that Iran’s telecommunications chief claimed that in two years, all Iranians “would be forced to use a state-censored, fully-internal Internet,” and about sixty percent of Iran’s homes and businesses are expected to be using their national Internet sooner than the speculated two years.

Iran believes creating their own Internet is a move toward “upholding Islamic moral values,” but it remains to be seen if it can actually block the Internet, especially considering it doesn’t take much to access the Internet in this day and age. Iran plans to launch their national, censored Internet alongside the regular one, but intends to make a full switch to their national Internet somewhere down the line.

Even more interestingly, the current 11% of citizens who do have access to the Internet will be forced to use an alternative to Google, called “Ya Hagh,” as well as a non-Microsoft operating system. So far, the plan is just that — a plan — but considering Iran has already created and implement their own alternative to Google, it would seem the more difficult obstacle to overcome would be to cut off rogue Internet users, rather than actually create their own national Internet.

(The Wall Street Journal via Newser)