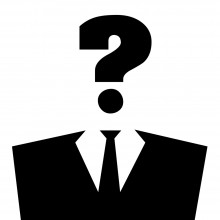 You know SOPA and you know CISPA, so you might think you have a good handle on crazy Internet legislation. You might think you’ve seen the crazy stuff, but unless you’ve seen Thomas F. O’Mara’s bill S06779, you ain’t seen nothin’ yet. Currently sitting in the New York State Senate, 6779 proposes that any and all anonymous posts online should be subject to takedown by a webmaster if the anonymous poster refuses to attach their legal name to the post and verify their legal name, IP address, and home address. Luckily, this bill is probably too insane to pass, and definitely too laughably ludicrous to even enforce.

Here’s the horrifying text from the bill:

There are almost too many things to rip apart in this bill.

First, and most obviously, the amount of information required to “validate” an anonymous posts is utterly ridiculous. The bill endeavors to turn literally every account on the Internet capable of posting into the equivalent of a verified Twitter account. Granted, it’s only on a “request” basis, but if you have been keeping an eye on how DMCA takedown requests have been used, you know full well that request-based, no-questions-asked takedown policies are ripe for abuse. Oh, and they want your home address. Your home address.

Which leads us to the second part of the question; who do you need to verify your legal name, IP address and home address to? The webmaster? Some new regulatory agency? No one in particular? It’s one thing to have a bill that requires Internet users to start handing out their home addresses — one of the few pieces of information in this day and age that remains somewhat sacred — but to not specify to who, or guarantee any security is another.

There’s also the problem of the IP address, which has been shown to be a totally horrible indication of anything; everyone keeps trying to use them to narrow down specific people. That being the case, it makes a disgusting sort of sense that the same flawed logic be included here as well. It does seem, however, that maybe the bill’s authors know how weak this really is, which might be the reason for the inclusion of a home address to sort of balance things out.

And while having to share this kind of information by law is kind of disconcerting in any context, it’s especially troubling in the context of anonymous contents, considering the kind of comments you could probably connect to potential violence are often made anonymously. It’s one (terrible) thing to force people to walk around giving out their home address, it’s an even worse one to do it right as they’re getting into a heated cyber-argument.

All that said, you shouldn’t ignore the last little part of that excerpt which states that the administrator’s contact information must be “clearly visible in any sections where comments are posted.” Not only is the web administrator now effectively on-call 24/7, but you have to find a way to plaster his information practically everywhere. What a nightmare.

The upside is that this law, if it were passed by some chance, would be practically impossible to enforce. Most likely, it’s some kind of symbolic push possibly related to cyber-bullying. The result this law would most likely have would be the wholesale elimination of pretty much every comment section everywhere, because who in their right mind would devote the effort and manpower to curating it so closely. Instead, we might see a migration back toward non-persistent anonymous interactions like 4chan, or even chat, like IRC. Of course, we’ll probably never see that happen, because such an insane, loosely-worded and wide reaching bill could never actually pass into law. Right?