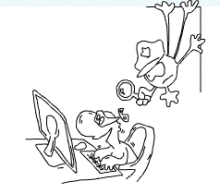 Not too long ago, a site claiming to know what you have downloaded via torrent showed up on the scene. The site, YouHaveDownloaded.com, aims to call attention to the fact that torrenting, as it stands right now, is not a very private activity. You can go there right now to see if they have anything on you. Of course, it was only a matter of time before the folks at TorrentFreak decided to use the service to see if the big, anti-piracy companies live up to their own standards. Spoilers: They don’t.

Upon looking to the site, they turned up evidence that employees at Sony, Universal, and Fox employees (presumably) had all performed illegal downloading with IPs associated with their companies. The downloaded content was all across the board, but included music, movies, and TV shows. I guess abstaining from torrenting completely is a little bit harder than it sounds.

That being said, there are a whole bunch of caveats to be considered here. A whole bunch. First of all, a person who works for a company does not really represent said company as a whole. Corollary: the people doing the actual pirating probably had nothing to do with anti-piracy enforcement or policy. Secondly, the process YouHaveDownloaded.com uses to track IPs is loose at best. The site openly admits that it’s intended to be a proof of concept and not intended to single out anyone specifically, merely alert people that torrenting isn’t private. Besides that, IP addresses aren’t people. Third, although it’s less of a caveat, YouHaveDownloaded.com doesn’t track everything so this is only the tip of the iceberg, in theory. This isn’t a definitive collection of torrent activity or anything, but what’s there is legitimate.