Mechanical failures force an eleventh hour delay for the Android portable that wants to put Steam games in the palm of your hand. 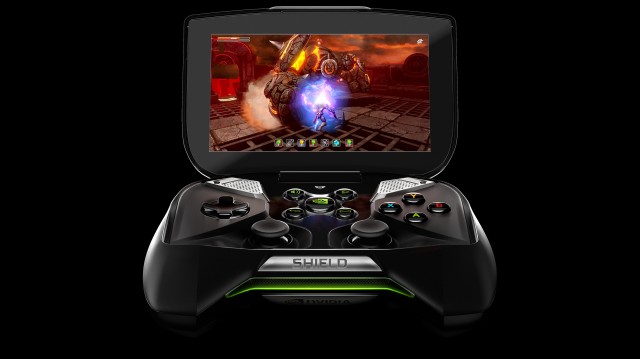 The Shield, Nvidia’s Android-based handheld gaming console which was supposed to be released today, will be pushed back to an unspecified date in July. According to the company the delay proved necessary due to the failure of a third-party mechanical component.

It’s a rough false start for Nvidia, which is well known for its graphics processors but making its first foray into the world of consoles with the portable Shield. Nvidia announced the project January at the Consumer Electronics Show, and started taking pre-orders last month. All the while, Nvidia didn’t seem to be aware of the problem they had until very recently. As late as last week, the company announced on its blog that the system would be released on June 27th and that the price had been cut to $299.

The Shield is being billed as a way to play Android games using a controller interface, which folds out opposite the screen like a DS. The system also boasts the ability to stream PC games wirelessly from nearby computers using Steam, which could prove to be a major selling point to people who aren’t as into Android gaming. Of course, that being a selling point is premised on the idea that it can do so without a lot of bugs.  And I don’t think we need to say that this last minute delay over mechanical failures doesn’t exactly inspire confidence, do we? We don’t. Good. When the system does eventually launch, the PC streaming will still be in beta and only supports a handful of games so far.

Meanwhile, the Kickstarted Android gaming console OUYA became available in stores yesterday, meaning that Kickstarter has officially beaten larger corporate competitors to market. We fully expect that Veronica Mars movie to beat The Avengers 2 at the box office, too.