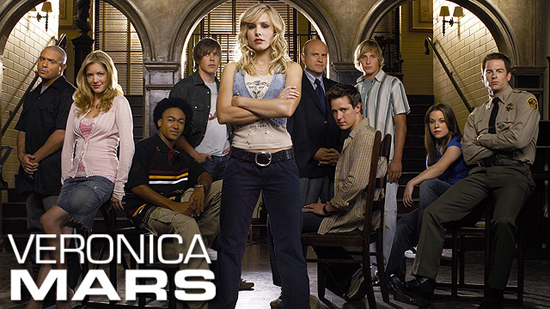 If there’s one Kickstarter campaign that epitomizes what, exactly, Kickstarter means to people, it’s the one that just launched for a Veronica Mars movie. Yes, folks, this is really happening. You are not dreaming, do not panic. They’re asking for a seemingly ridiculous amount of money, but the campaign’s also chugging along at a nice pace. If it does happen to fail, though, we might never get a movie for the cancelled television show.

The campaign, which is asking for $2 million, is progressing rather quickly. As of writing, it’s sitting over $722,000. That’s just in the first day. Heck, that’s just in the first couple of hours. It’s looking like this is really going to happen given that they have another 30 days to raise the rest. At this point, that doesn’t seem like a big problem.

In case you’ve been living under a rock, or you just don’t watch things in general, Veronica Mars was a television show starring Kristen Bell that ran for three seasons from 2004 to 2007. It was essentially a noir P.I. show with Bell as the sleuthing detective that also happened to be in high school. Think Buffy, but with more crime scene investigating and less vampire slaying.

Given that the creator of Veronica Mars, Rob Thomas, is behind this particular effort, we only hope that his efforts will prove fruitful. Should the campaign succeed, they’ll shoot this summer with an eye on an early 2014 release date. If you need another reason to back the movie, just watch the video below:

It’s pretty hard to not want to give them money, right?

(via Kickstarter, image via The WB)