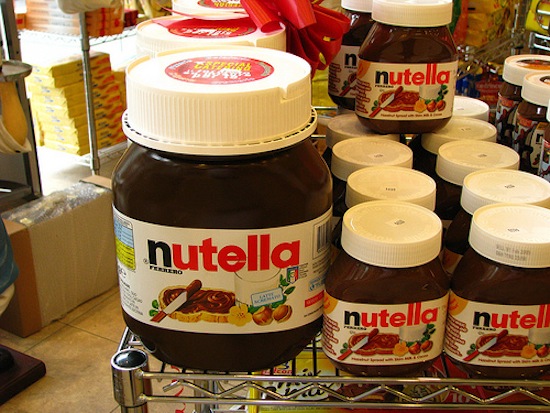 While no one was paying attention, someone in Germany pulled off what is clearly the heist of the century, and maybe the finest and most worthwhile criminal act of all time — sorry, Great Train Robbery. This weekend saw thieves in the town of Bad Hersfeld make off with a parked trailer containing five and a half tons of delicious, creamy, chocolatey Nutella.

As to what the thieves intend to do with five and a half tons of Nutella..well, that’s just about anyone’s guess. The options are many, though at the top of the list is going through with every thinking person’s dream of eating your way out of a hot tub filled with Nutella. Then again, maybe this is some master criminal’s ‘one last job’ — the thieves could never be heard from again, and instead spent their quiet retirements living lavishly on the hazelnut and chocolate spread on toast.

If they’re in it for the money, though, they could also look to the black market, moving the illicit spread to a certain Ivy League school that’s having trouble keeping the spread stocked. We really hope that’s not the case, though — this is too brilliant an act of thievery to be tainted by crass commercialism.