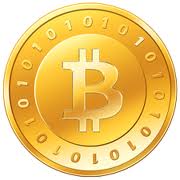 First thing that I noticed is that my slush’s pool account got hacked into and someone changed the payout address to this:

I then changed the password and proceeded to run some antivirus and anti malware scans. Some stuff was found, but they were all cleaned up and they were all in my windows user profile temp dir which I deleted all the temp files. God I can’t even type properly. Sorry folks I’m a bit emotional now.

I then left another virus scanner running and went to sleep. When I woke up I check my bitcoin wallet. I leave the client running to help the network, and I notice -25,000 (and a transaction fee) gone.

As one might expect, a few users on the forums took the “stuff is only as safe as you make it” route, with regards to the victim’s Bitcoin wallet, but that sentiment is always able to be countered with “when is safe too safe?” According to the user, the stolen wallet was encrypted on the HDD and backed up regularly.

Though it is difficult to forge a Bitcoin, and many people spend quite a long time and a siginificant amount of computing power generating them, they aren’t exactly difficult to steal, as opposed to real-life, tangible money; whereas one would have to knock over a bank with Bruce Willis and Billy Bob Thornton to steal a significant amount of money, all one needs in order to pilfer a bunch of Bitcoins is access to the owner’s computer. Because Bitcoins are traded through a decentralized network without any sort of authorities, and the addresses used to send and receive Bitcoins are not attached to any kind of identity, once Bitcoins are stolen, it is pretty much impossible to get them back — a major flaw in the currency.

(Bitcoin Forum via The Next Web)