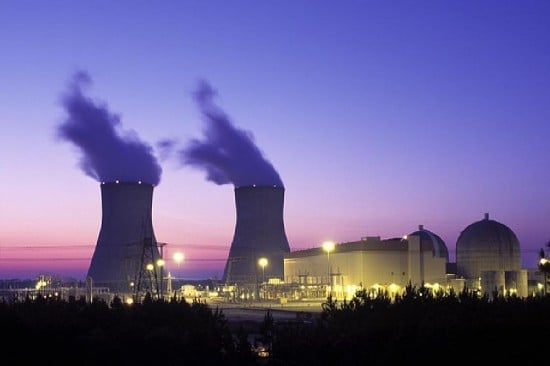 Despite lingering fears from the Fukushima disaster in Japan, the Nuclear Regulatory Commission announced yesterday that it would allow the construction of nuclear reactors in America for the first time since 1978. While this is certainly a victory for the proponents of nuclear power, it could be a hard sell with a populace still wary of the dangers that come from splitting atoms.

The new reactors will be built by Southern Co. at the Vogtle power plant in Georgia, where two reactors have been functioning since the late 1980s. Construction is expected to be completed on the new reactors by 2017. The new reactors planned for the site are AP1000 models from Westinghouse. This is far from a minor point, as the new reactors make use of so-called “passive safety features.” These are safety mechanisms that are meant to kick in and stop the nuclear reaction with or without human intervention, some of them functioning without the need for electricity.

For instance, the AP1000 has a reservoir of water above the reactor held back by heat-activated valves. If the temperature in the core gets to high, the water flows down by gravity and cools off the core. This offsets a major fault of the notorious Fukushima reactors, whose electric powered water pumps failed when the power went down.

The AP1000 reactors also have a unique, second cooling method built into the design. While the core itself is surrounded by 1.2 meters of concrete, the shell is open to the sky. Should the reactor begin heating up, the air near the core shielding would rise, pulling cooler air toward the core through the natural force of convection. The design of the reactor is meant to utilize this action, though some have criticized it as a potential security concern.

Despite these design features, nuclear power is fraught with criticism. It’s worth noting that the Three Mile Island accident occurred in 1979, and the U.S. did not approve new reactors until this year. However, the current economic environment presents new challenges to nuclear power. For instance, the need for electric power in the U.S. has remained flat for years. Furthermore, burning natural gas to produce power is far cheaper than nuclear power, especially considering the billions needed to construct new reactors.

However, there are still some strong arguments for nuclear power, as well. For one thing, adoption of the AP1000 reactors means that standardized, modern design is finally coming to the nuclear power industry — previously, U.S. plants were unique, and purpose built. Standardization means, among other things, that it would be easier to address problems at any of the AP1000 plants. On the production side, nuclear plants put out power all the time, which gives them a bit of a leg-up on some solar and wind plants. Also, despite the problems of nuclear waste, nuclear plants don’t produce greenhouse gasses. Lastly, the cost of running a nuclear power plan is more or less stable, while the cost of natural gas is less predictable.

In addition to the two reactors announced Vogtle, three more are currently working their way through the Nuclear Regulatory Commission’s approval process. Should they also get the green light, they could be completed by 2020. This is far from a resurgence of nuclear power in America, though it could be the opening salvo for a more modern nuclear power industry.