The Undeniable Importance of Samantha Bee

Thoughts from the 'Not the White House Correspondents' Dinner.

As you’ve no doubt heard by now, this was a weird weekend for White House journalism. For the first time in 36 years, the sitting President did not attend the White House Correspondents’ dinner. (Also, you know why Ronald Reagan didn’t attend 36 years ago? Because a Jodie Foster mega-fan had just tried to assassinate him.) Which meant the event, which usually melds a celebration of the press, the administration, and Hollywood support, was pretty much just an event for journalists. (That made for some awkward reactions to more than a few of Hasan Minhaj’s scathing opening jokes.)

Meanwhile, a few blocks over, Samantha Bee was hosting her own event, the Not the White House Correspondents’ Dinner. Hopefully, you’ve already watched it, or at least seen some of the great segments. Like Allison Janney reprising her iconic C.J. Cregg role to host a depressingly realistic press conference, to Will Ferrell toting out his George W. Bush (no longer the worst president!) impression.

And while the show was a fantastic episode of television—basically a live, fancier, full-hour episode of the regular Full Frontal—to call it just another episode would be a disservice to the pervasive, critical importance of Samantha Bee.

Years ago, we had a collective need for unapologetic, scorching commentary. That laugh-through-your-tears sort of commentary on the world around us, on a daily basis. We may not even have known we had that need until Jon Stewart filled it. That paved the way for comedy-driven news from hosts like Stephen Colbert and John Oliver.

This is the path that led the way for Samantha Bee, but among that group of brilliant, biting comedians, she stands out as a singular entity. It’s not just her gender, at a time when late night TV’s lack of women and diversity in general has finally found itself in its due whirlwind of criticism. But gender can’t be ignored. Marginalization can’t be ignored. She is not defined by that lack of inclusion, but neither is she denying how big a role it plays in her view of the world as she chooses to cover it.

That worldview was on full display at this dinner. This was not meant to take the place of the official White House Correspondents’ Dinner, but rather to fill that ever-evolving collective need for a form of news that ignites us, that perfectly melds world news and personal connection. And boy, did it ever.

I was lucky enough to attend the Full Frontal event, and I can confidently say this was a crowd that was honored and excited to attend. There were a ton of jokes the audience would have had to wait to hear after the show aired because the cheers and laughter drowned out Bee and the correspondents and special guests. The event’s bar ran out of champagne before the show even started. They were there to celebrate, hard.

Hundreds of journalists and 2,500 fans gathered at Bee’s event to raise money for the Committee to Protect Journalists in a time when that job “has never been harder.” As Minhaj noted in his speech across town, journalists have been labeled by Trump and his supporters as public enemy number one (even above ISIS and “normal-length ties”).

As that Allison Janney segment articulates so well, we’re living in an era when reactionary, fully biased, clickbait-fueled fearmongering blogs masquerade as news, and aren’t being challenged hard enough by actual, legitimate outlets. Janney, as Cregg, spoke to these fake outlets, saying, “You pretend to be them, ruining their reputation – at least among people too stupid to tell the difference. You are the dregs of a free society. We have to let you exist, but we do not have to listen to you.”

And that’s what sets Bee apart from so many others: a total, willing lack of patience. Like so many of us, she has no interest in listening to, or interacting with those who don’t deserve the kind of platform they’ve suddenly claimed. How many conversations have you tried to have with someone about social or political issues–racism, sexism, or something in that vein–who can’t even start from a place of acknowledging those ills exist? How are you supposed to talk to someone who won’t acknowledge sexism or racism played any sort of part at all in the last election, or that Trump is riddled with corruption, or surrounding himself with Nazis? And yet the people who deny that reality are demanding to be treated as equal entities, with merely another, totally reasonable point of view.

Samantha Bee does not do that. Her work and her writing are biased, and they don’t mind admitting as much. Bee and her team are not writing from any desire whatsoever to win over those who think racism, sexism, homophobia, transphobia, or a denial of science or basic facts is a viewpoint worth taking into consideration. Those people, quite frankly, can go screw themselves, and for everyone who feels as much, Samantha Bee is here for us.

The regular WHCD is (usually) an important event in fostering the relationship between the press and the White House. In asking around for info from the Washington regulars I met, as to how it differs from Bee’s dinner, I heard about the mix of conservative and liberal outlets and personalities that come together at the WHCD for a much more “buttoned up” affair. It’s a night to celebrate themselves, their industry, and the important role they play. And they deserve that. Again, their job is hard, and it’s never been harder.

But what about those of us who are tired of reaching across the aisle, tired of prejudice and party-over-country (or party-over-truth) being valued as equal counter points to facts and basic human rights? The growing chasm between political parties is extremely worrisome. But for many of us, we’re simply not willing to reach out and make reactionary bigots feel heard and understood. There is a lot of anger and fear in the country. The same day of both events, there was a huge environmental protest in Washington D.C., and the overwhelming message of the chants I heard and signs I saw focused on this division, and the lack of patience with it. 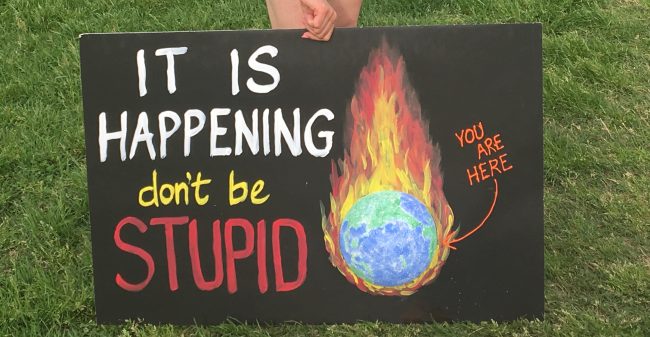 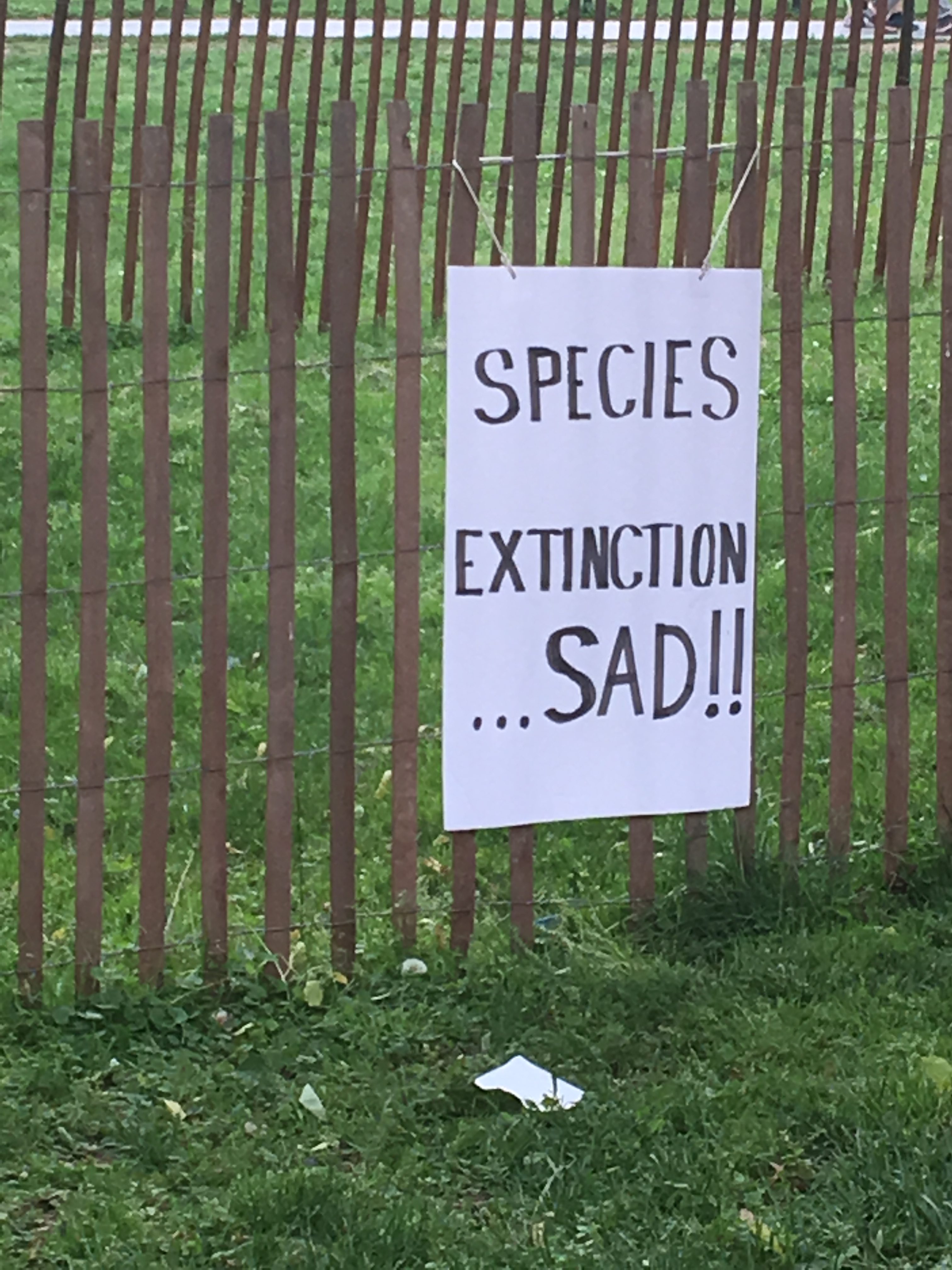 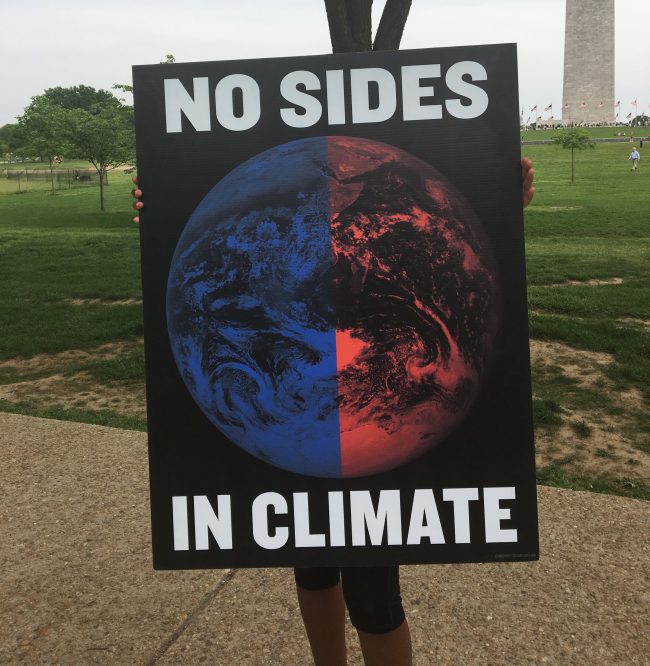 Okay, and this one was just adorable and needed to be included: 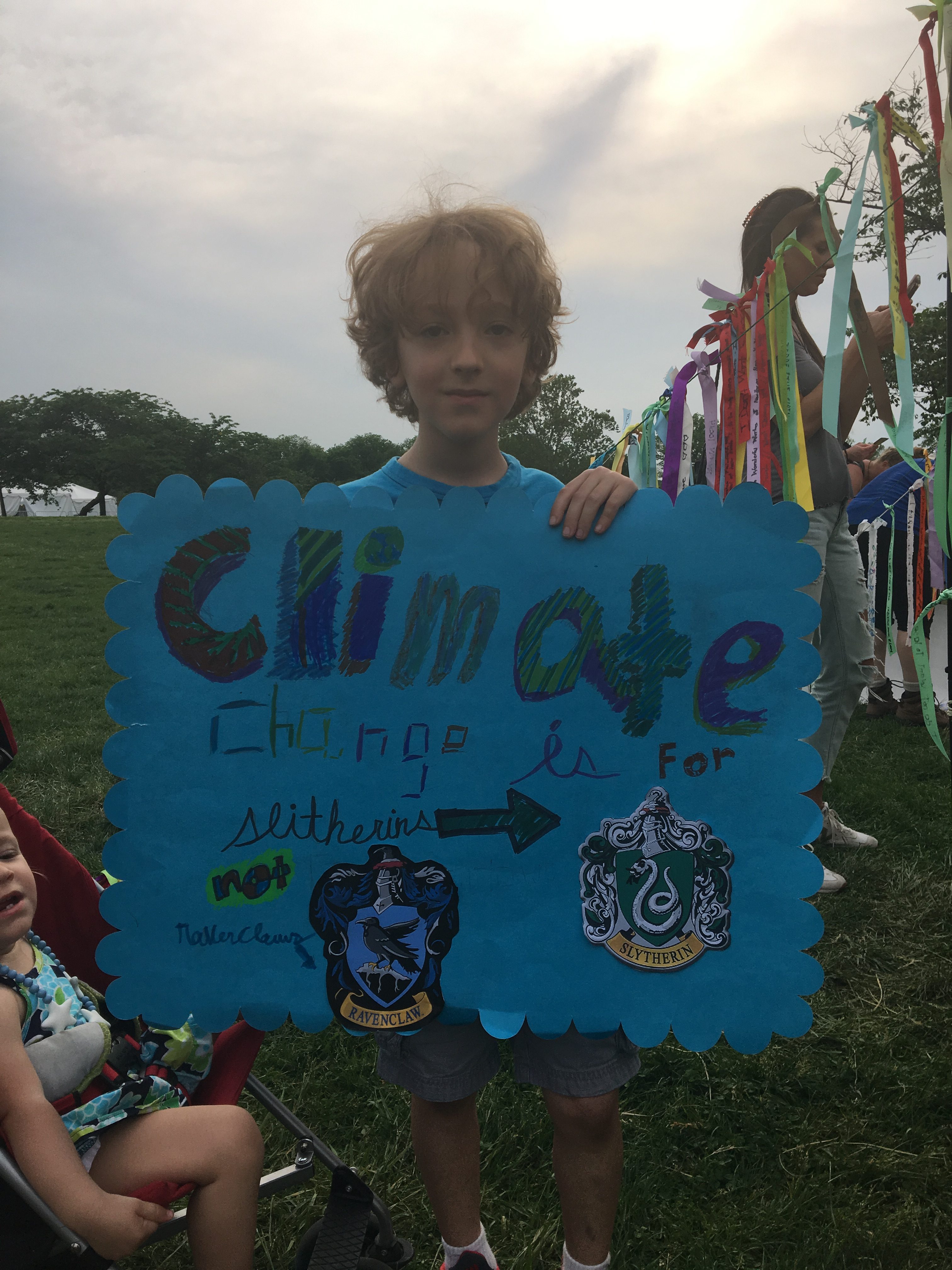 People are angry, and people are scared. And their patience with tolerating hate has been worn all too thin in just 100 days. Samantha Bee speaks to that, in a way that manages not to compromise rage, intelligence, or actual facts. Because you can have a strong, slanted opinion and still report news accurately and factually. A lot of mainstream media outlets could stand to learn from Sam Bee.