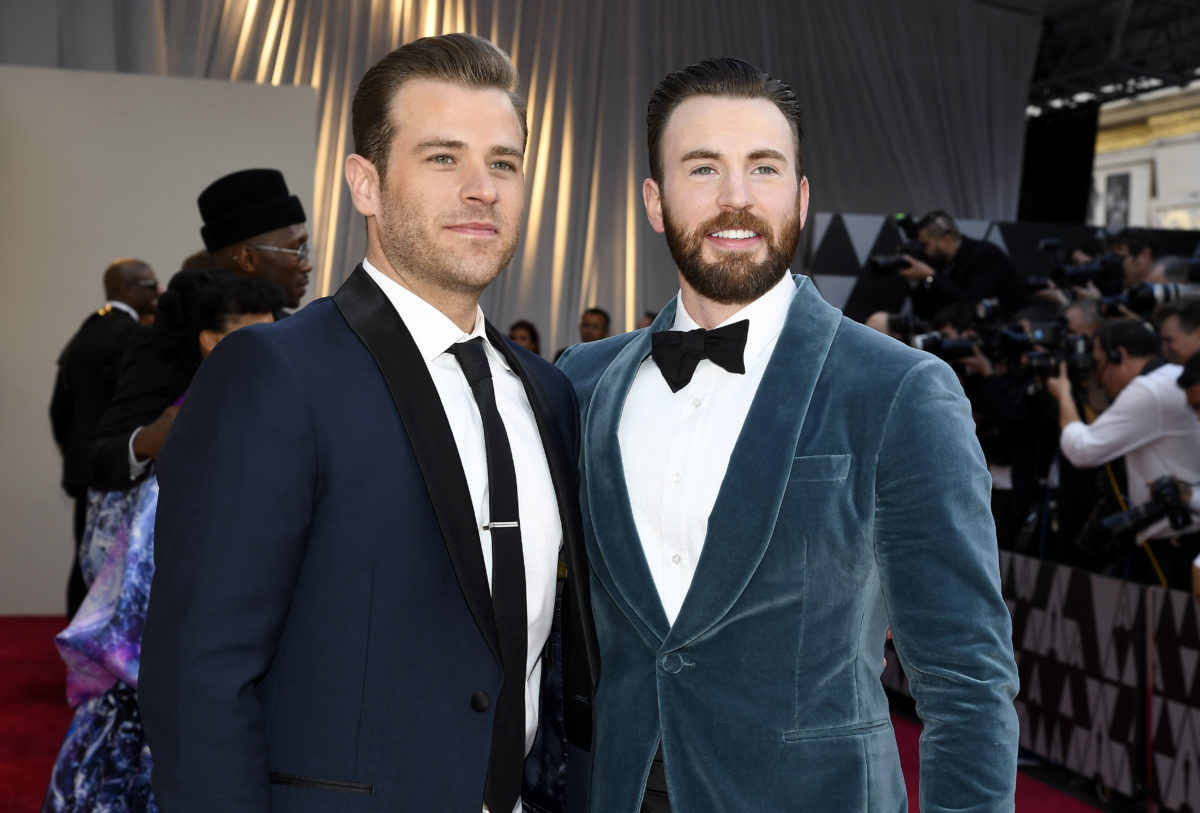 When it comes to famous siblings, there are two brothers who love each other so much that it’s infectious. Those brothers? Chris and Scott Evans. Often doing bits on talk shows together, the acting siblings have become favorites among fans. Why? Well, because their favorite thing to do is literally embarrass one another on national television.

Recently, Chris Evans brought Scott with him to The Tonight Show Starring Jimmy Fallon while he was promoting Knives Out, but it isn’t the first time the two took to Fallon’s stage. In fact, every time they’re there, it’s a bit of a mess and delightful. So, let’s explore the completely outrageous time that ensues every time Jimmy Fallon brings out the Evans brothers on his show.

First, there’s the sibling-wed game that they consistently play. The first time it happened, Chris Evans openly admitted to making a 9- or 10-year-old Scott Evans pee his own pants because he thought it’d be a funny prank.

As is their nature, most of the time the two are together on a show, their stories are filled with child-Chris Evans doing terrible things to Scott and Scott willingly going along with them because he loved his big brother. It’s both endearing and also so sad, but then again, isn’t that the story of everyone’s relationship with their siblings if they’re close to them?

Often, though, Fallon plays games with his guests, and when he wanted to play flip cup with Chris Evans, they decided it was a great idea to have a sibling battle. I say a “great idea” because I have never met two brothers who seemed as if they’d be great at frat boy activities more than the Evans brothers.

So, last night, when Evans came back to Fallon, it wasn’t surprising that he brought Scott along. The two played “Know Your Bro,” and as expected, they told stories about one another that they probably shouldn’t share on national television. The best was both Chris and Scott Evans openly admitting to stuff that their parents didn’t know and Chris getting mad that Scott revealed, on television, that Chris was the reason behind Scott Evans busting his head open twice.

Do I love these two brothers because they remind me of my own siblings and how I have my own war stories from my brothers using me as a wrestling doll? Maybe, but also, they’re just wonderfully fun to watch together. As Scott Evans has stated, Chris Evans is his best friend, and with how terrible the world at large is, I enjoy watching these two attempt to share stories from growing up together without telling their parents every little thing the Evans siblings had kept hidden from them.