Samantha Bee to Host “Not the White House Correspondents’ Dinner,” and Who Even Knows If the Actual Correspondents Dinner Will Happen 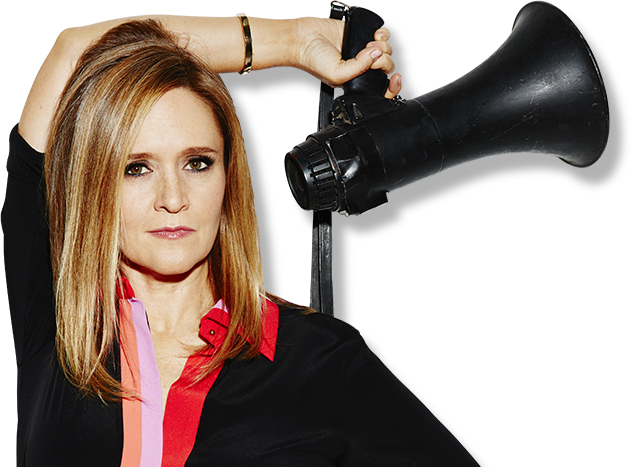 Is the White House Correspondents’ Dinner even happening this year? It seems pretty unlikely, given the Trump administration’s attitude about the press, and given Trump’s notorious inability to take criticism or even listen to jokes about himself. Since the White House Correspondents’ Dinner tends to revolve around precisely those activities–listening to the press and/or political comedians tell jokes about politics and the president–it just doesn’t seem like Trump’s bag.

Even if the event were to happen, though, it’s even more unlikely that Samantha Bee of Full Frontal would be invited to host it. So, she’s decided to host an event of her own called “Not the White House Correspondents’ Dinner,” and it’ll be on April 29th (the same night the Correspondents’ Dinner usually occurs) at the Willard Hotel in Washington, D.C. (close to the Washington Hilton, which is where the actual dinner will probably be, if it happens).

Samantha Bee’s home network, TBS, stands behind the event. She told this joke in her press release about the event: “Executives at TBS offered their full support of the gala by nodding politely and then muttering under their breath as we turned around. The evening is sure to bring plenty of surprises, music, food and laughter — and if you’re not careful you just might learn something. Specifically, you’ll learn how screwed we’d be without a free press.”

But what about the actual Correspondents’ Dinner, or lack thereof? THR reached out to some TV executives to gauge their feelings about the White House Correspondents’ Dinner, and responses seemed negative, with several networks responding to say they had considered charitable donations rather than spending the money on seats at the event. One source said, “The optics of it are terrible. There are much more important things to focus on.”

NBC News anchor Tom Brokaw also criticized the very idea of the dinner, telling THR, “When you play it out on cable television, it looks like all the White House press is interested in is getting an appropriate celebrity at their table and yucking it up with the people that they’re supposed to be covering. And I think in the last election, we have seen how the country doesn’t have the highest regard for Washington correspondents; that they feel that they don’t have an appreciation for what’s going on in their lives. And I’ve always felt that that dinner was the symbol of that.”

Samantha Bee’s alternative idea for the dinner might feel similarly alienating for viewers, however, depending on how she decides to organize the event. Obviously, her version wouldn’t have the tacit approval of White House staff–which could end up allowing her to provide a more laser-focused critique of the problems at hand. Then again, we’ve all got mixed feelings around here about the idea of telling jokes in a time of crisis. It’s important to laugh and feel joy, when you can, but there are some situations that are so dire that they don’t seem to provide much comedic fodder. Trump’s position on the free press doesn’t seem to be any laughing matter, for example.

In spite of that, I hope that Samantha Bee and the other speakers that she books for her event will find some way to make incisive commentary that cuts through the darkness of our current situation. They’ll have a couple of months to figure out how to do that… and I can only imagine what will happen between then and now.

(via The Hollywood Reporter, image via SamanthaBee.com)