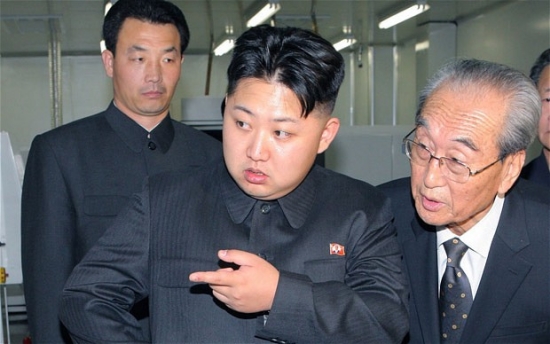 Well, that didn’t last long. In what we have to assume is karmic payback for lying about unicorns, the satellite that North Korea launched into orbit last week is already dead, says a Harvard astronomer. North Korea is calling the launch a big victory for leader Kim Jong Un and their space program, but it seems like they haven’t been as successful as they initially thought. Reports say that the object is tumbling and that so far, no signals have been detected coming from the washing machine-sized satellite — which upon further review, may well turn out to actually just be a washing machine. Too bad, guys. Better luck next time.

Last week’s launch was the first time North Korea put a satellite into orbit, but the obviously forced celebrations in the streets may have been premature. Harvard astronomer Jonathan McDowell says observations of the satellite indicate that it has most likely failed and is tumbling out of control. McDowell and other astronomers have observed a pattern of brightening and dimming which is believed to be the satellite tumbling.

Reports say that the satellite was equipped with an onboard camera which was intended to monitor the Earth, but when your satellite is spinning uncontrollably it makes it a little hard to get any good pictures. A lack of radio signals being picked up from the object also implies that it isn’t broadcasting any information — not even the Kim Jong Un heavy North Korean Top 40 station.

The launch happened despite worldwide criticism, threats, and United Nations sanctions, as it was considered a test by North Korea of their intercontinental ballistic missile capabilities. Turns out the rocket worked, but their satellite program wasn’t as successful. So far, North Korean media has been predictably quiet about the satellite’s failure, instead focusing heavily on the one-year anniversary of the death of their previous beloved leader Kim Jong Il. Also, they tend to stay pretty quiet about things not going well over there.

(via the New York Times, image via zennie62)