Rumor Mill: Are Nolan and Bale On Board for Justice League? [Video] 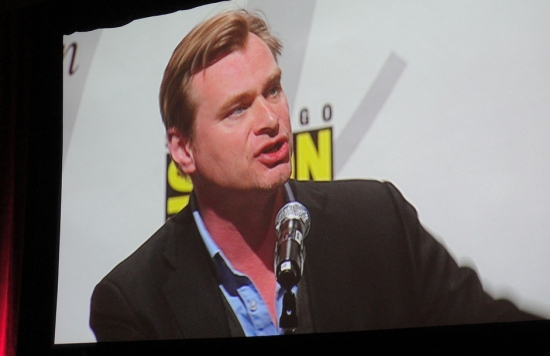 We can’t overstate just how much this is only a rumor, but it looks like Christopher Nolan and Christian Bale could be diving back into the DC Universe with the upcoming Justice League movie. They’ve both repeatedly and publicly said they are done with Batman and are moving on, but Latino Review is saying otherwise. Some parts of these rumors are more believable than others, so let’s break down the finer details, shall we?

The idea that someone in Hollywood, or anywhere else for that matter, would do the opposite of what they’ve said publicly isn’t that hard to believe. Before the release of The Dark Knight Rises Marion Cotillard was denying that she played Talia al Ghul in the film, and we all know how that turned out. Given that, “Because they said they’re not,” is clearly no longer a valid reason to exclude Nolan and Bale from any involvement in the Justice League project.

Since the source of these rumors is El Mayimbe from Latino Review, let’s take a look at what he has to say on the matter:

The part about Nolan taking over as a “godfather” figure to all of Warner Bros’ DC dealings is pretty believable. If it’s true, he’s likely being paid a lot of money to take a supervisory position rather than a hands-on one for the films to try to ensure they match the box office success of his Dark Knight trilogy. Of all Mayimbe’s claims, this is the one I’m most inclined to believe.

The other major bomb being dropped here is that Bale is rumored to be returning as Batman in the film alongside Henry Cavill’s Superman. Maybe? After The Dark Knight Rises Bruce seemed pretty much over the whole thing, but maybe if the Justice League is a “Just when I thought I was out… they pull me back in!” situation for him, it could make sense. The flip-side of that coin could be that Joseph Gordon-Levitt’s character finds he’s in over his head, and seeks some help. Or maybe Bale’s role will be minor. It’s all wild speculation at this point.

Less shocking is the rumor that Zack Snyder is coming on as a producer and possible director. He’s already tied to Man of Steel which is largely believed to be the first lead-in to a Justice League movie, so it makes sense that he’d be involved in the next part of the process in some way. Since there’s still no director officially attached to the project, why not Snyder?

I’ll wait until I hear it from Warner Bros until I believe any of this, but since the details of the Justice League project are tenuous at this point, it at least gives us all something to talk about until we know more.

What do you think? Are these rumors believable?