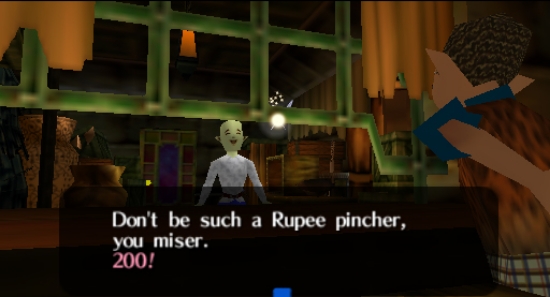 Yesterday we learned that Nintendo cut their sales projections for the Wii U by 1.5 million units, because it was not performing as well as expected. Rumors began to fly that this meant Nintendo would lower the price of the Wii U to sell more systems, because president Satoru Iwata addressed those rumors and said that the company has no such plans.

Iwata spoke at a hotel in Tokyo to investors and the press to try and do some damage control after the adjustment to the sales projection. He ruled out a price cut for the Wii U saying, “We are already offering it at a good price.”

Dropping the price of a console to move more units when sales start to slow is a pretty common practice. Nintendo even dropped the price of the original Wii when its sales numbers began to level off, but that was in September of 2009 — nearly three years after the system’s launch. The Wii U has only been out since November of last year.

Though a lower price would almost definitely increase sales, Nintendo may be hesitant to do so because they already sell the Wii U at a loss, hoping to make up the difference in game sales. The head of Nintendo America, Reggie Fils-Aime said back in November that Nintendo only had to sell one game along with the system to make it profitable.

The number of games required for a profit would obviously go up if the system is sold at a lower price, and considering that Nintendo cut their projection for how many games they’ll be selling by a bigger margin than their projection for the Wii U, it could be that they don’t think they can sell enough games.

Iwata is optimistic for next year, or at least faking it, and says that Nintendo will see an operating profit of more than one billion dollars by the end of March 2014. We’re not sure where that money will be coming from, but we’re assuming it’s not Wii U sales.