Because seriously, Jenny McCarthy is pretty much the worst, and it's not like ABC didn't have options here. 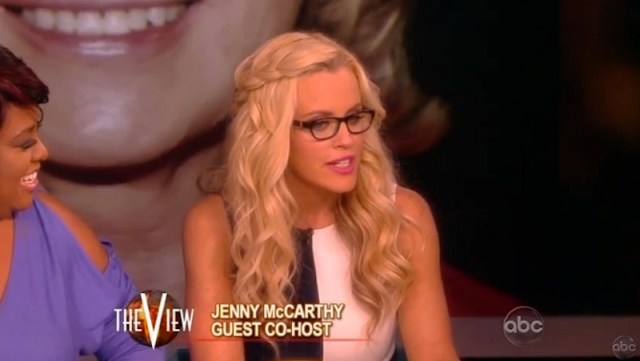 I’ll level with you, folks — daytime talk show The View is not usually on my radar. I’ve certainly got nothing against the show, founded by the amazing Barbara Walters, but I’m not exactly the target demographic, either. So when The View brings on a new co-host, it’s hard for me to have much of a reaction to it. Unless that new co-host happens to be one of the most rabidly anti-science celebrities you could find, like, say, Jenny McCarthy. When that’s the case, oh, I can work up quite a reaction. Here are just a few names we think would have been better candidates for the seat, and better alternatives than giving a big chair on network television to a woman who has spent the last few years as a staunch supporters of the evidence-free, conspiracy theory-fueled anti-vaccination movement.

Who would be better in the seat? Well, rather than handing over a sizable soapbox to a person who believes that one of the greatest public health victories in human history — vaccinations — cause autism, despite there being a grand total of zero evidence for that argument (Remember, we’re not counting papers that have been discredited and retracted, because they’ve been, well, discredited and retracted.) the answer is almost anybody. You could put Lil’ Bub in that seat and at least be ensured there would be the potential for less ill-informed pseudoscience being spouted. But here are just a couple of names that The View could have looked at rather than offering McCarthy a megaphone that several others have pointed out could be dangerous in her hands.

Extra reporting and helpful protips for this article were provided by Geekosystem’s own Victoria McNally and Colette McIntyre of our sister site The Jane Dough.