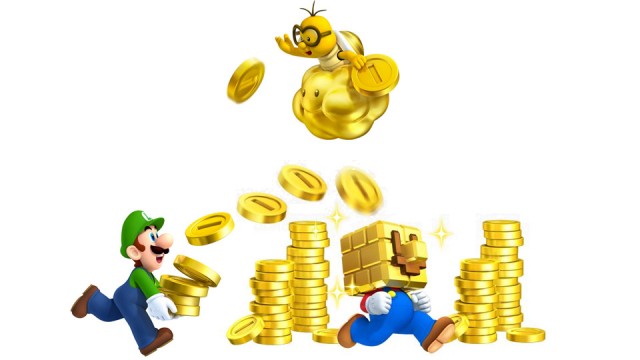 A day after they spilled new information on many upcoming titles with their E3 Direct presentation, Nintendo still had something new up their sleeve. CEO Satoru Iwata mentioned in a Q&A with press yesterday that Nintendo have another project in the works — a free-to-play game. Free-to-play games are all the rage these days, with titles like Team Fortress 2 and League of Legends finding massive success. While Nintendo is not a company that is always keen on capitalizing on current industry trends, this is one it turns out they apparently want to get in on. And really, who wouldn’t want a Nintendo game you can play for free?

Iwata had previously hinted at a game like this last April. “We might see more games that are similar to free-to-play games, games that cost much less or games that require a monthly subscription fee,” he said.

Next to nothing has been revealed about the game, but Iwata did offer a few small details. First, the game will launch sometime this fiscal year, which ends in March 2014.  The second is that the game will not be part of either the Mario or Pokémon franchise. This is an odd move considering these are two of the company’s most lucrative franchises — plus we all know a free-to-play Pokémon game would be crazy bananas amazing. While an exact quote from Iwata on the matter has not been shared outside of the room, analyst David Gibson took to Twitter while at the Q&A to give the gist of Iwata’s explanation.

If it’s not part of those franchises, then what kind of Nintendo game can we expect to see use the free-to-play model? It could be one of the games that have already been revealed — Monolith Soft’s X and Shin Megami Tensei X Fire Emblem are two RPGs the company announced earlier this year that very little is still known about. And considering that the RPG is one of the most common genres for free-to-play games, this seems all the more likely.

Of course, it could be something completely unrelated to the already announced titles — maybe we could have a free-to-play Star Fox in our future? As the inclusion of the Wii Fit Trainer in Super Smash Bros. has shown, Nintendo can still be surprising even after all these years.