We're still sifting through all the news out of E3 today, but here's the best trailers we've seen so far. 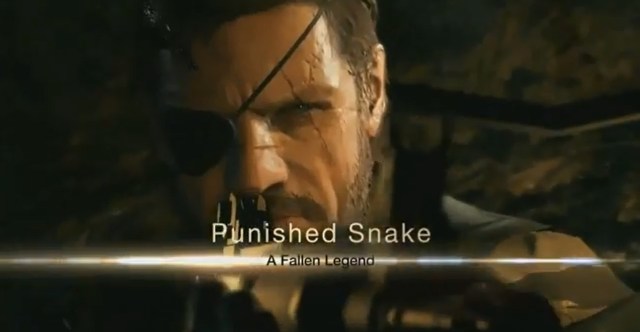 Today we saw presentations at E3 from several major players in the video game industry. Overall, not all the trailers gave us the full picture, but here are some trailers worth highlighting.

When you see a cloaked figure wandering through the desert, Halo’s Master Chief doesn’t exactly come to mind. From what he’s holding, it doesn’t look like he’s let go of Cortana. All in all, not much to go on, but still, it’s Halo.

Every new preview of Metal Gear Solid V seems to be different from all the others, but this one has everything. Snake meets up with Revolver Ocelot in 1980s-era Afghanistan, runs into an assortment of eccentric soldiers, and battles “Those Who Don’t Exist”. Kiefer Sutherland is officially Snake’s new voice actor, and he’s got a new codename too: Punished Snake. While showing off the game’s open-world features on horseback, the trailer also demonstrates one of the few stealth techniques that can rival hiding in a cardboard box for sheer audacity: hanging off the other side of your horse as it goes by, so enemies think it’s riderless.

This futuristic shooter from Respawn was developed by the people who made Modern Warfare, and comes out next year. This trailer emphasizes how Titanfall embraces an asymmetric take on FPS combat by making the giant Titan mechs a fixture of gameplay. It’s a “David versus Goliath” struggle as foot soldiers zip around the battlefield with the help of jetpacks to fight off Titans. Or you can hop into one of the walking death machines to even the playing field and smash other soldiers like ants, but something tells me the biggest thrills will come from taking on the big guys while on the ground.

A new game from Crytek that’s ready for the Xbox One after originally being intended as a 360 Kinect game, this one looks worth the wait. Ever wanted to command a Roman army in battle from the front lines? Form a shield wall to defend against rains of arrows, dodge catapults launching flaming projectiles, and fight mano a mano (I don’t think that’s Latin) against barbarians and enemies of Rome. Sounds great, and we could use more games besides the occasional RTS tackling ancient history.