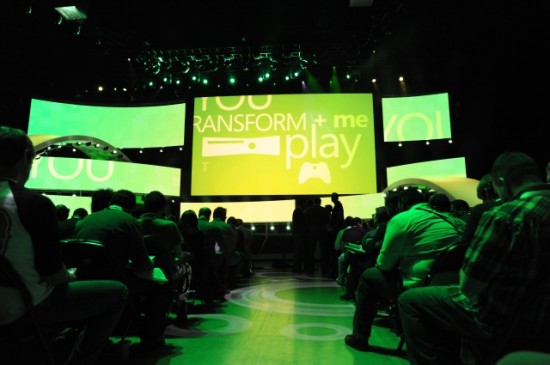 The yearly gaming convention that steals away many a gamer’s sleep has begun. Wake the fanboys, stoke the fires: E3 is upon us, and nary a gaming soul will be spared. E3 kicked off with Microsoft’s keynote this year. They announced a few doozies; Halo 4 and Gears of War 3 made an appearance. They announced a few things that will most likely be duds with the core Xbox gaming audience; A Disneyland Kinect game (they didn’t even get the better Disney) and a Sesame Street game developed by none other than gaming legend Tim Schafer, which still feels like a waste of Tim Schafer’s talents (he could be using them on Psychonauts 2!). A bunch of Kinect integration was discussed — some good, some forgettable — as well as the addition of YouTube, Bing, and an Xbox Live television streaming service. They also announced one big surprise: Minecraft on the Xbox 360.

Prepare to begin this year’s descent into E3 madness.

So, there we have it. A little underwhelming. Did anyone not expect Halo, Gears of War, Fable and Forza? Not a disappointment by any means, if you’re into Xbox franchises, but not much in the way of huge fangasm bombs. Perhaps Nintendo or Sony can deliver the fangasms usually associated with E3, and hopefully Microsoft is saving something for the middle of the show. Hey, at least Minecraft happened, right?

(via Joystiq, title pic via Kotaku)