Remember When Kirby and Bayonetta Took a Break From Super Smash Bros. To Do Their Own Games? Nintendo Direct Remembers! 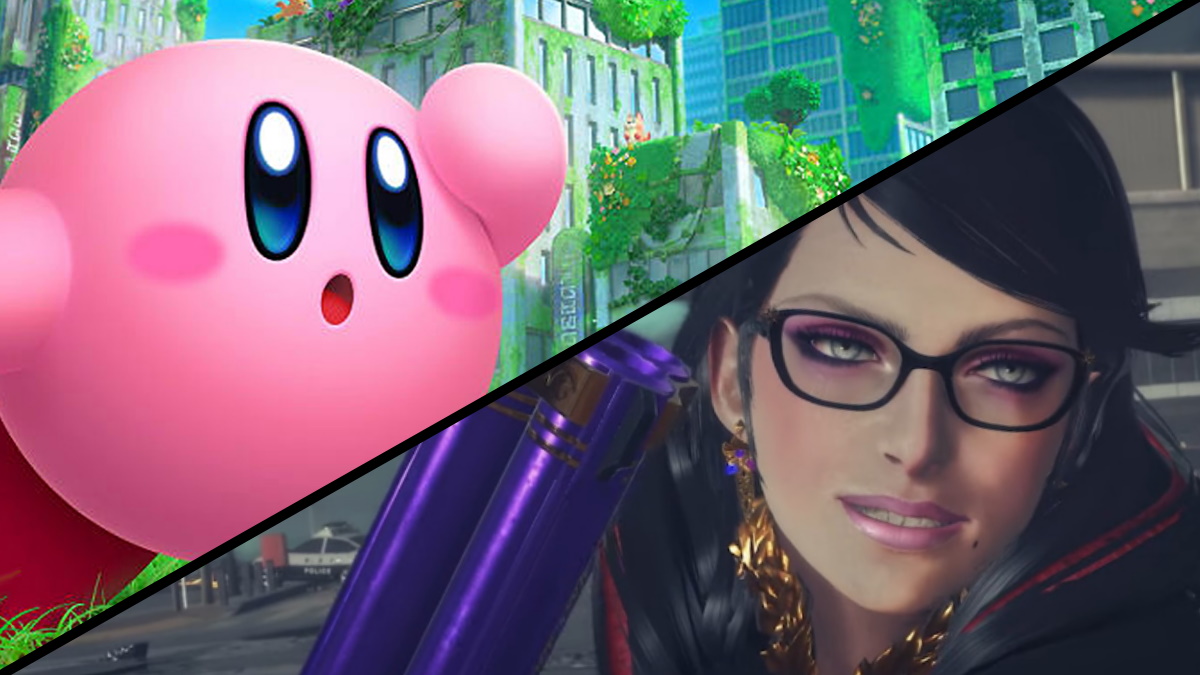 Yesterday, Nintendo surprised us with a Direct presentation that covered some of their upcoming releases for the Switch.

It might feel like the animated movie casting news completely shifted the tone of the entire Direct (I mean … it did) but there were also some announcements that got me excited about picking up my Switch again. The games I expected to be shown off were present and accounted for (Metroid Dread), existing titles got some free new updates (Mario Golf: Super Rush), and I was reminded about Mario Party Superstars gearing up to ruin the few friendships that I have in this world.

For fun, here’s my dream journal from before the Direct:

I was … WAY off, but that doesn’t mean I didn’t get things I wanted! Here are my favorite announcements from the Direct:

Description: Take control of the powerful pink puffball, Kirby, and move around freely in 3D stages as you discover a mysterious world with abandoned structures from a past civilization—like a shopping mall?! Copy enemies’ abilities like Sword and Ice and use them to attack and explore your surroundings! What journey awaits Kirby? Take a deep breath and get ready for an unforgettable adventure!

Fangirl reaction: I thought we might be getting a new 3D Mario, never did I expect to get a 3D Kirby! This is the first time Kirby’s had a 3D game and I am very much ready for this to be as big of a playing field as Super Mario Odyssey with side missions and collectibles. I’m very interested to learn more about this “Don’t Dead Open Inside” island Kirby is on, especially since his vibe is generally “upbeat puffball who’s ready for his next meal.”

Only Kirby can make a foreboding backdrop look cute.

Description: Tune in for a live-streamed Animal Crossing: New Horizons Direct in October to learn more about the new content coming to your island in November. Look out for more details to come in the near future.

Fangirl reaction: There’s not much information on this yet since it’s an announcement to alert of us an upcoming event with more announcements, but it at least has more hints than the final Smash presentation we’re getting in October. In this Animal Crossing video, we see a cafe inside the museum, and fans have already figured out that it has to be Brewster and The Roost.

Admittedly, New Horizons is my first Animal Crossing game, so I don’t know much about Brewster, but I do know I haven’t played the game in months and this – plus any other updates they share – give me a reason to turn the game on and face the hostility of my villagers when they ask where the hell I’ve been.

Description: You’ve waited long enough. The witch. Is. BACK! A new-look Bayonetta returns to battle foes with her signature Witch Time! This time, she’ll wield her new Demon Masquerade ability to channel the power of demons and engage in larger-than-life action.

Fangirl reaction: I GAVE UP ON THIS BEING A POSSIBILITY OMG WHAT?!

When the trailer for this started, I wrote it off, thinking that Nintendo was gonna end their presentation with a war shooter. But then it turned out the military forces were fighting some giant Final Fantasy-like creature and I thought, “This vibe feels familiar.” When the creature appears to have been shot by a bobble-headed safety dog I thought, “Okay, this is about to go somewhere I like,” and lord, did it go somewhere I like!

I honestly thought we would never see Bayonetta 3. It’s been four years without any updates but SHE’S BACK, Y’ALL!!!

Description: Start your engines and get set for a new racing experience, featuring a roster of dozens of your favorite Chocobo characters, complete with their own unique abilities and variants. Equip Magicites and take out the competition as you drift through various familiar courses in online and offline multiplayer modes. Compete in tournaments and become the reigning champion of GP!

Fangirl reaction: I don’t have much to say, really. It’s kart racing and it looks cute. Every now and then a franchise decides to take a crack at Mario Kart and now it’s Final Fantasy’s turn, wait for it, at the wheel.

Fangirl reaction: What is the extra fee? That’s all I need to know. Oh, and when is Wave Race 64 gonna be added?

Description: Actraiser Renaissance combines 2D platforming action (Realm Acts) with a City-building simulation (Realm Management) in the ultimate battle between good and evil! Featuring the soundtrack that sent shockwaves through the gaming world when it was first released, composed by the legendary Yuzo Koshiro – now remastered! Help humanity flourish by playing as the Lord of Light and their loyal angel in a world beset by evil.

Fangirl reaction: I haven’t even heard of this game until now, but it looks like something I’d play for an unreasonably long amount of time. Platforming + city building? Yeah, this sounds like an, “Oh my gosh I started playing this in the morning when did it get dark out,” kind of game.

Those are my picks from yesterday’s Nintendo Direct. What announcements have you excited about Nintendo’s plans for the rest of this year and 2022?