I Hope You Didn’t Have Plans Tomorrow Because SURPRISE There’s a Nintendo Direct Happening! 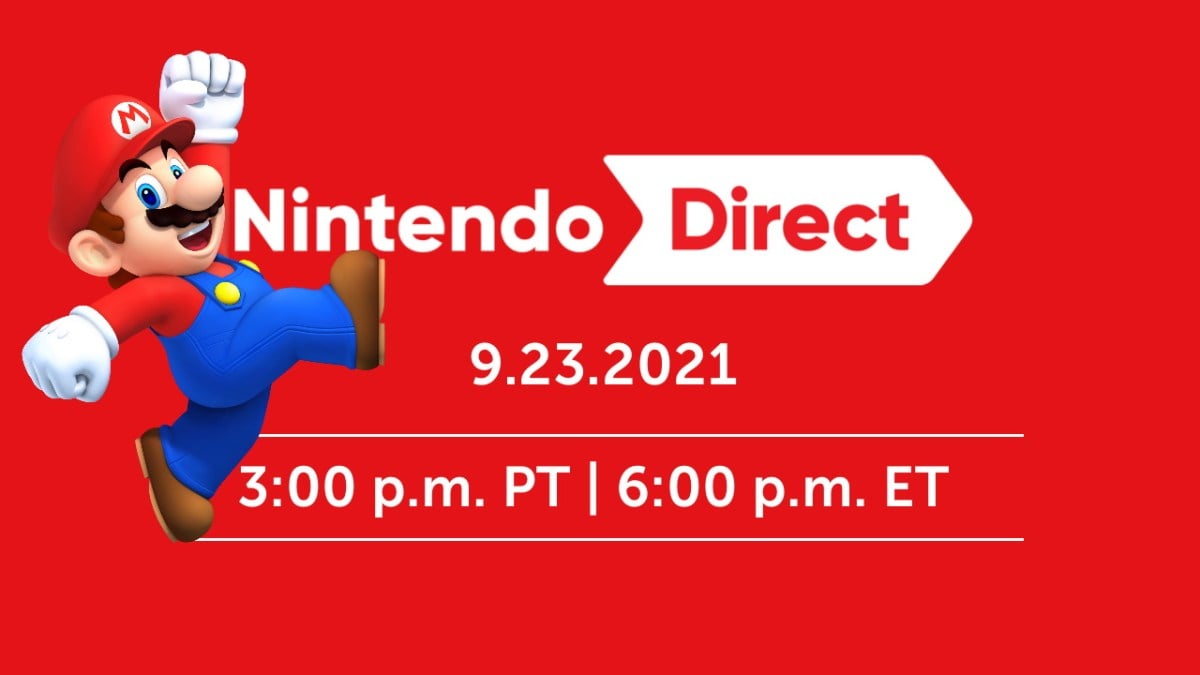 Are you used to gaming companies announcing things months ahead of time? Especially if it’s a presentation dedicated to showing off what they have planned for winter? Me too, bestie, but Nintendo has decided to casually announce a Direct.

Tune in 9/23 at 3 p.m. PT for a #NintendoDirect livestream featuring roughly 40 minutes of information focused mainly on #NintendoSwitch games launching this winter. pic.twitter.com/feHBEKfHPG

Oh my god they just never give us any fucking warning on these hahahah https://t.co/VNi41tVjUp

Quick recap, but we already know that we’re getting Metroid Dread (October 8th), Pokémon Brilliant Diamond and Shining Pearl (November 19th), and Pokémon Legends: Arceus (January 28th), which are pretty good titles to have for the winter.

That being said, I’m not sure if they could fill up an entire Direct, nor am I sure if they’re worth a sudden announcement of a 40-minute Direct.

So … what is Nintendo gonna show off?

everyone manifest more zelda 35th anniversary content revealed on the nintendo direct with me pic.twitter.com/151Xrg06Us

This is a clear sign that Splatoon 3 is happening tomorrow in the Nintendo direct pic.twitter.com/1VF25BFHfn

And what are they, um … not announcing?

Of course, there is the required “prayer circle for (insert character) in Smash” take, too.

Barley an hour after the Nintendo Direct announcement and Sora is trending already Nintendo please you know what we want we’ve been asking for years this is all I ask for pic.twitter.com/wv62ItMMcM

Are you there God?

It’s me, the boy Cameron

If you exist please, for one last time, I beg of you, add Sora to Smash.

Regardless of the outcome, there is one thing I’m certain. @johntdrake has loved watching me suffer. https://t.co/1iTOeYg9vg

Honestly? I do think there will be some kind of Smash character announcement, but I’m not even gonna try and guess who it is. After you see Tekken’s Kazuya try and throw Kirby off of a cliff, you realize that this is Masahiro Sakurai’s world and we are mere vessels being blessed with the opportunity to live in it.

Besides Smash, I’m fairly certain we’ll get more Metroid Dread and Pokémon news, then after that? Probably some indie games to remind us of what’s coming from the Indie World Showcase they had back in August and, maybe, some indie title news worthy of this sudden Direct.

Silksong fans looking at the games announced during the Nintendo Direct tomorrow pic.twitter.com/RWNgkkHXag

I do think there will be an announcement of a big release, but I don’t wanna get my hopes up of it being something we don’t already know about. Breath of the Wild 2: Electric Boogaloo is, supposedly, coming in 2022, so there’s a chance we’ll get more news (and maybe an actual title?).

Beyond that? It’s anyone’s guess!

According to Kotaku, “There’s some chatter that Nintendo might add Game Boy games to the Switch Online library, whispers supported by reports in both Eurogamer and Nintendo Life, alongside episodes from the Nate the Hate podcast. More concretely, a recent FFC application has spurred speculation that Nintendo might even introduce N64 games to the Switch Online library.”

Ten of my dream announcements would be:

What are you hoping to see announced at tomorrow’s Nintendo Direct?