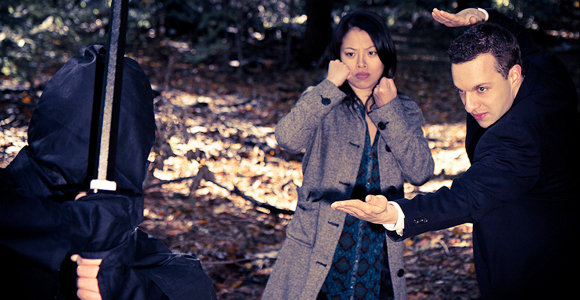 Geeky photoshoots to celebrate your impending nuptials are becoming all the rage. We’ve seen Sith and Jedi join forces and a couple narrowly escaping a zombie attack recently. It was only natural we’d see a ninja next. Or not see a ninja, as the case may be. Thanks to photographer Ken Pryde, we can watch what happens when one sneaks up on an unsuspecting couple out for a romantic stroll.

Titled “A Stab In The Park,” the photos were taken in Brooklyn, New York’s Prospect Park where Sean K. and his fiance were seemingly prepared for the unexpected. 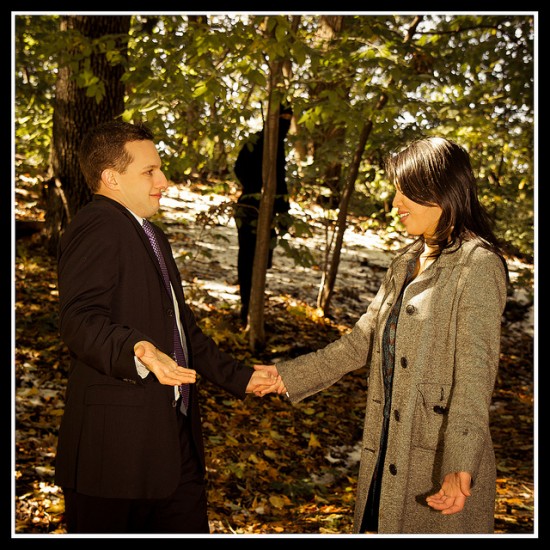 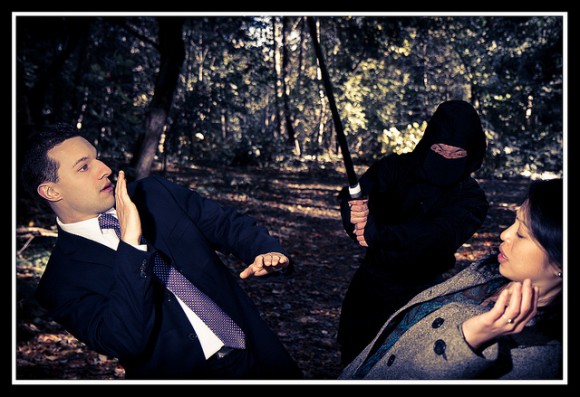 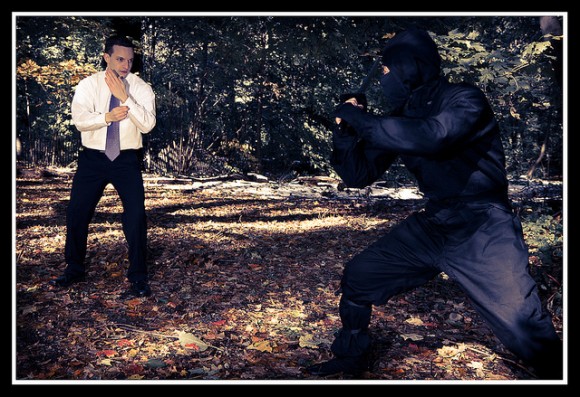 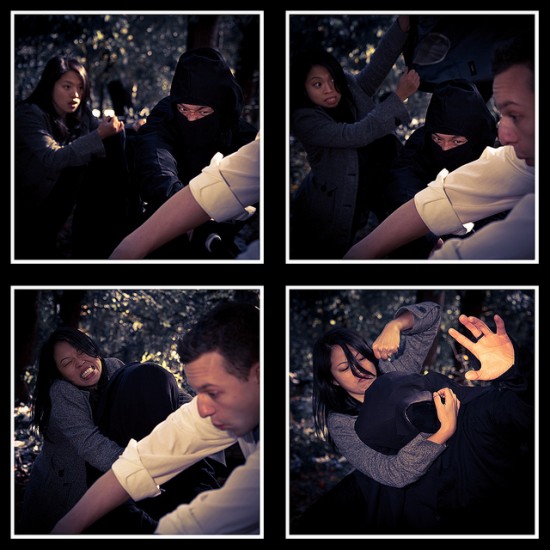 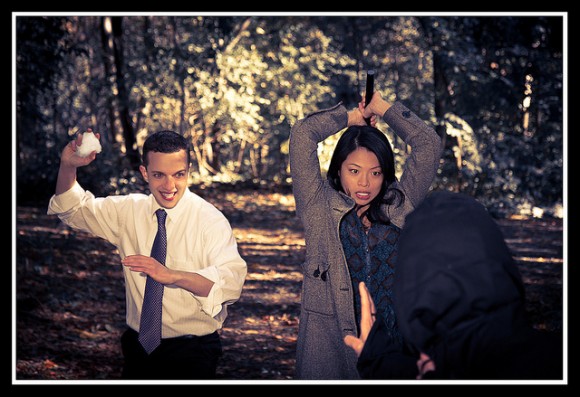 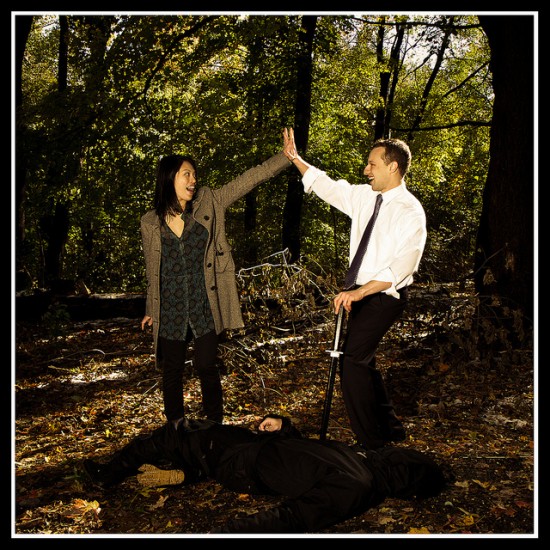 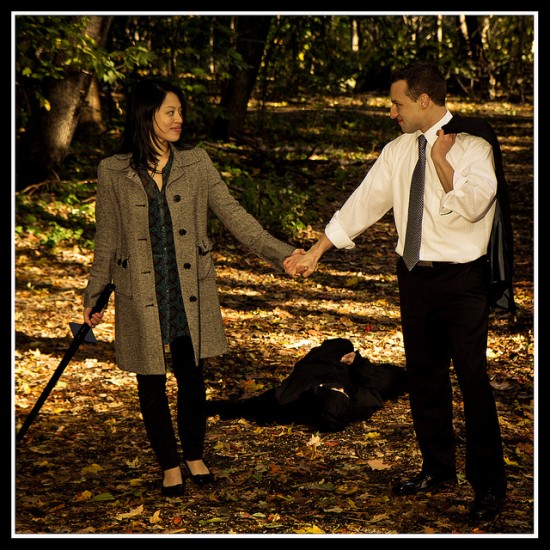