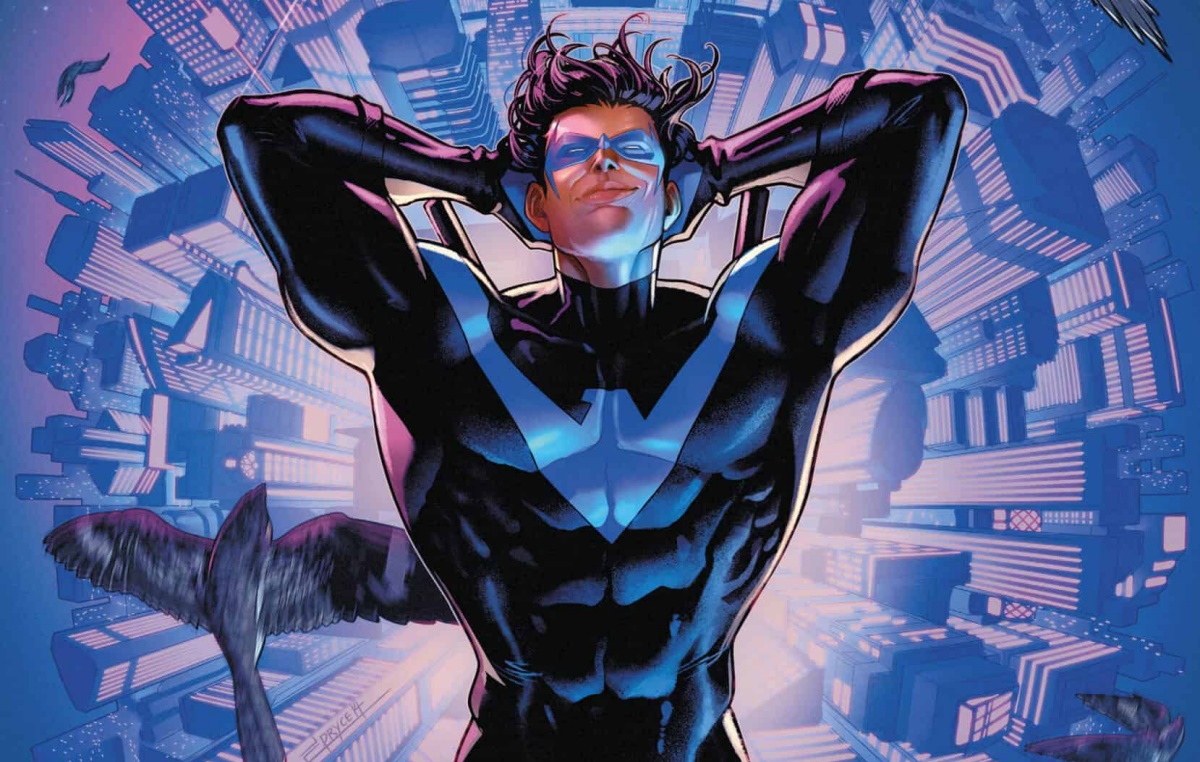 Nightwing is trending because, in tandem with HBO Max’s Titans social media site, Twitter has unveiled emojis for him and the other main characters of the show’s upcoming season. While there are a lot of characters to celebrate, people really used this news as a chance to show love for Nightwing because, well, he’s the best.

Dick Grayson first appeared in DC comics in April 1940, as the orphaned ward of Bruce Wayne who would become the first Robin. Later on, he would go on to form the Teen Titans and lead his own team. Eventually, he would become tired of just being the “boy wonder” and take on the name of Nightwing.

The code name Nightwing actually comes from Superman history. It was an alias that Superman would use in pre-Crisis stories. In Post-Crisis, it was established to be the name of a Kryptonian man who was cast out by his family and decided to fight crime under that name. Dick then went on to adopt the name for himself, and history was born.

I’ve said before that Jason Todd is my favorite “Robin,” but there is no denying that Dick Grayson is one of the most important people to ever hold that title. But the reason I feel that is because he becomes Nightwing.

Bruce Wayne, as a father figure, is a mixed bag. He provided his ward-sons with wealth, opportunity, and a place to focus their rage, but he also initiated them into a world of crimefighting. It is a dark path, and yet Dick has managed to take the pain and lessons learned by his main parental force, but keep his heart open. Batman has even himself admitted that Dick is a better leader and has excelled beyond his former role as “boy wonder.”

That power to be the heart as well as brains and brawn has made him one of the most important players in the DC world—so much so that former DC Comics Editor-in-Chief Dan Didio wanted to kill him off. In an interview with Games Radar’s Newsarama (via CBR) Didio said, “I felt the death of one of the characters that touched them all in a way was going to be the perfect way to do that. Dick Grayson was that character. I felt he was the character that everybody had such a great affinity and love for.”

DiDio continued, “By putting him in that role that if he died, he would bring Superman and Batman together again and unite our heroes against the great threat, I think that’s a noble death, and I think that’s something that had value. Same type of death happened in Crisis on Infinite Earths. You want to have that level of importance.”

Dick is flawed, but he has always worked to learn from his mistakes. After being distant from Jason Todd before his death, he worked to be closer to Tim Drake when he became the newest Robin. He has mentored others with empathy and kindness, all while having one of the best asses in DC Comics.

Nightwing has lasted so long because he consistently matures and proves that it doesn’t take being cold, paranoid, and emotionally stunted to be a true Gotham Knight.