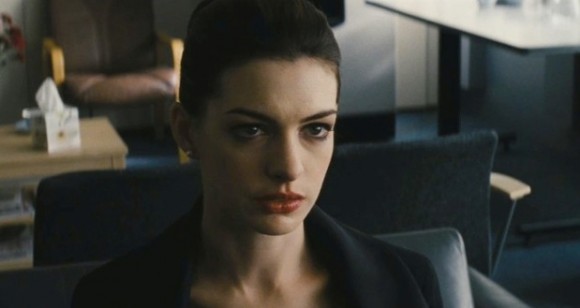 Movies with female leads might make a ton of money at the box office, and they might be a big enough deal that their posters and commercials are plastered everywhere, and they might star people whom everyone is talking about, but dammit, that doesn’t mean you should review them in a newspaper! At least that’s the view of the editor who tried to ban movie critic Michael Calleri from reviewing movies with female leads.

The e-mail in which the editor in question, Frank Parlato, Jr. of the Niagara Falls Reporter, expresses his hatred of all things vaguely feminist-seeming is truly a thing to behold. I find myself almost (but not quite) unable to muster any anger over the blatant sexism on display here because this guy is clearly crazier than a bag full of cats. Seriously. Try to read this with a straight face. I was going to pick a few choice morsels but found myself unable to cut this block o’ stupid down, so I’ve bolded some individual nuggets instead:

Michael; I know you are committed to writing your reviews, and put a lot of effort into them. it is important for you to have the right publisher. i may not be it. i have a deep moral objection to publishing reviews of films that offend me. snow white and the huntsman is such a film. when my boys were young i would never have allowed them to go to such a film for i believe it would injure their developing manhood. if i would not let my own sons see it, why would i want to publish anything about it?
snow white and the huntsman is trash. moral garbage. a lot of fuzzy feminist thinking and pandering to creepy hollywood mores produced by metrosexual imbeciles.

i believe in manliness.

not even on the web would i want to attach my name to snow white and the huntsman except to deconstruct its moral rot and its appeal to unmanly perfidious creeps.

i’m not sure what headhunter [referring here to Headhunters, a very good non-female starring Norwegian film] has to offer either but of what I read about it it sounds kind of creepy and morally repugnant.

with all the publications in the world who glorify what i find offensive, it should not be hard for you to publish your reviews with any number of these.

the male as lesser in courage strength and power than the female.

it may be ok for some but it is not my kind of manliness.

If you care to write reviews where men act like good strong men and have a heroic inspiring influence on young people to build up their character (if there are such movies being made) i will be glad to publish these.

i am not interested in supporting the reversing of traditional gender roles.

i don’t want to associate the Niagara Falls Reporter with the trash of Hollywood and their ilk.

it is my opinion that hollywood has robbed america of its manliness and made us a nation of eunuchs who lacking all manliness welcome in the coming police state.

now i realize that you have a relationship with the studios etc. and i would have been glad to have discussed this in person with you to help you segue into another relationship with a publication but inasmuch as we spent 50 minutes on the phone from paris i did not want to take up more of your time.

In short i don’t care to publish reviews of films that offend me.

if you care to condemn the filmmakers as the pandering weasels that they are…. true hyenas.
i would be interested in that….
Frank

What do you think? Does the ridiculousness outweigh your fury? Do you have it within you to take this guy seriously even a little bit?