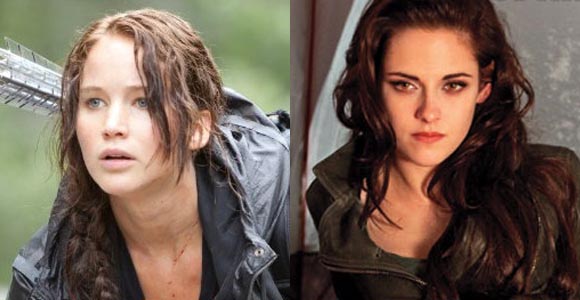 There’s been a lot of talk about how Hollywood doesn’t believe female-led films will make money at the box office and that’s why so few are made. This year not only proved them wrong, it proved them wrong in a big way. Indie studio Lionsgate has done something they’ve never done before – in 2012, they had two films both make over $125 million in North American theaters. The films? The Hunger Games and Twilight: Breaking Dawn Part 2.

On January 13, 2012 Lionsgate acquired the house that Twilight built, Summit Entertainment. While Summit still exists as a subsidiary, it’s accomplishments now go to Lionsgate. Since it’s release, Breaking Dawn has made $141.3 million domestically while The Hunger Games took in $152.5 million on its opening weekend.

Let’s think about this for a second. Both films starred female leads and both films played for what was projected to be a mostly female audience. That’s pretty huge and a good indicator going forward for not just Lionsgate but other studios. Women action stars besides Angelina Jolie can make money, and both men and women will want to see them.

Breaking Dawn’s numbers also pushed the indie studio past the $1 billion mark at the domestic box office in a single calendar year for the first time. This year’s The Cabin in the Woods and The Expendables 2 also helped with that particular number.

“Every member of our motion picture group should take tremendous pride in this singular accomplishment,” said Lionsgate CEO Jon Feltheimer and vice chairman Michael Burns in a joint statement.