News on The Venture Bros. Season Five, Including a Guesstimate on a Premiere! 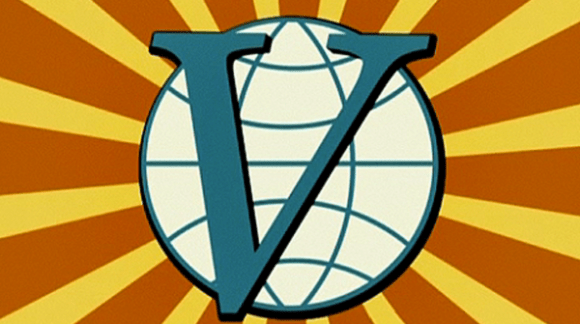 By the shaking, jumping ghost of Jehosaphat! There is news about the next season of The Venture Bros.! While it’s a bit vague and containing no exact dates, Jackson Publick provided some straight-from-the-creator’s mouth information (to The Mantis-Eye Experiment) concerning the return of the show that started as a spoof and then formed its own universe. Part of this news: when the show will (possibly) be making its triumphant return to Adult Swim. Holy crap, it’s really happening, even if we can’t see it!

Mantis-Eye was doing a little bit of speculating recently after a comment was left on Jackson’s LiveJournal — by Jackson. It mentioned something about “shipping the first episode to Korea,” and that left Mantis-Eye scratching their respective heads. That was left on April 8, and then another one was left that said the “premiere” episode didn’t have a title yet because it hadn’t been written. The episode that had been shipped was apparently not the season premiere and was written by Doc Hammer.

Considering how long one animated episode takes — “around a month of pre-production, plus another 7-8 to get the animation finalized” — Mantis-Eye estimated that we might see a premiere around March.

Well, Jackson provided a lengthy clarification, as well as a closer premiere date. Here is the full quote about the new season’s progress:

Things are moving briskly over here at Venture Central/AstroBase/Titmouse. The first episode just shipped to Korea. But you’re wrong about one thing — it doesn’t take nine months to animate overseas. Nine months is more like the time it takes to complete an episode from initial design to final edit, so it includes pre-production. Actually, it’s more like ten months, since we began design on the first episode the first week of the new year, and we’ll be delivering it to the network in early October. According to our schedule — and assuming we keep to it — all ten episodes will be completed and delivered by the end of January. Which is roughly when we’re supposed to premiere the fifth season.

So, January 2013 is a possible premiere date for the fifth season of The Venture Bros. This means that as a birthday present to me — because the entire month of January is my birthday, because my birthday is the 17th and it’s in the middle, and because I said so — we will get to see if 21 has sided with the Venture clan after leaving Mr. and Mrs. The Monarch, or if Dean will continue to curse and stand up for himself (probably not), or if Sgt. Hatred finally got his “D” tattoo removed. But before January, we might still see some new footage — if you can make it to a convention. Jackson said that he and Doc are planning to make appearances at San Diego Comic Con, Dragon*Con, and New York Comic Con this year, and by the latter two (which takes place in late August/early September and October, respectively), there might just be a trailer for us to watch. Maybe.

Previously in The Venture Bros.