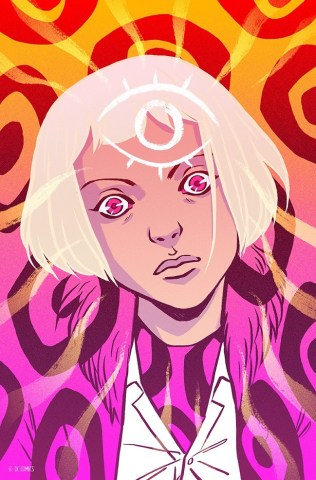 There’s a lot of awesome comics news already coming out of Emerald City Comicon this week, and it’s just getting started. What am I most excited about? Well for starters, how about a new “mature” comics imprint over at DC Comics curated by Gerard Way and featuring some amazing female comics creators? Or, a new comic based on a classic, girl-friendly animated series that just made a triumphant return? Check out the news below! 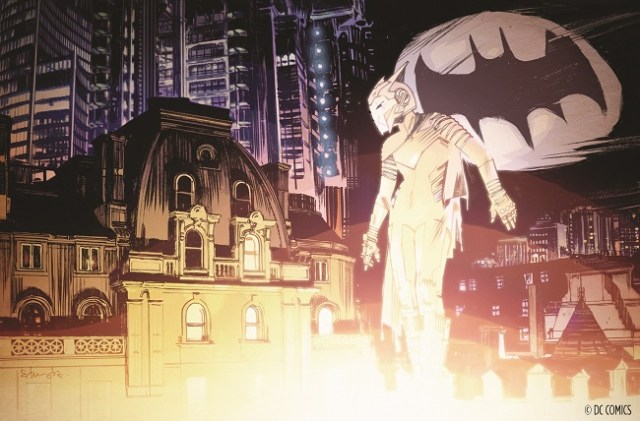 DC announced their new imprint at ECCC this week! Called Young Animal, the imprint will be curated by Gerard Way, as well as have a couple of titles either written or co-written by him (which, if you’ve read The Umbrella Academy or The True Lives of the Fabulous Killjoys, you’re likely very excited about!). Even better, two of the four announced titles have female creators!

There’s Shade, the Changing Girl (check out the awesome Becky Cloonan cover at the top of this post!), written by Cecil Castellucci with art by Marley Zarcone is a sci-fi thriller that tells the story of an alien that takes over the body of a 16-year-old bully and has to deal with being a stranger in a foreign land. This title drops in October.

Meanwhile, Way himself is writing with Faith writer Jody Houser on a title called Mother Panic. The book has art by Tommy Lee Edwards and according to Nerdist, tells the story of “Violet Paige, a celebrity heiress by day and brutal vigilante by night as she takes on the underbelly of Gotham City’s high society.” This comes out in November.

It’s gonna be a big Fall for Young Animal. The imprint officially launches in September, and in addition to the books above, they’ve got two other titles  a new interpretation of the classic Grant Morrison title, Doom Patrol, and the return of a Silver Age character Cave Carson Has a Cybernetic Eye both titles written by Way as he teams up with folks like Jon Rivera, Michael Avon Oeming, and Nick Derington. 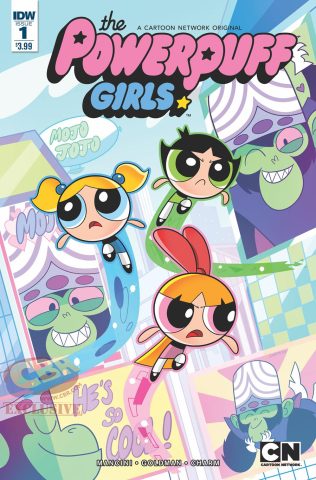 Meanwhile, there’s some big news coming out of Townsville! We were excited about the return of the mid-90s animated show, The Powerpuff Girls (and now that it’s returned have mixed feelings about the show with regard to certain plot elements), but our favorite pint-sized superheroes aren’t just back on television. According to Comic Book Resources, IDW Publishing announced that they will be starting a Powerpuff Girls ongoing title written by two of the writers on the show!

Writer Haley Mancini (who also voices Princess Morebucks!) clarified in an interview that they’ll be doing one-off stories in the comic, though she’s not ruling anything out. “As of thia moment, we’re going one-and-done,” she says. “But that’s very much open to change.” Meanwhile, writer Jake Goldman is thrilled to be bringing their TV writing talents to the comics medium, “The biggest hurdle has been figuring out how to properly gloat to my mother that all those comics I read instead of doing my homework has paid off.”

Derek Charm will be doing art on the series, and he’s no stranger to the Powerpuff Girls, as he did art on the original IDW PPG series. This title drops in July!

We have a lot of awesome stories coming our way this year. It’s a great time to be a comics fan!