The NYCC 2013 Schedule is Up! That Means Our Panel is Too! 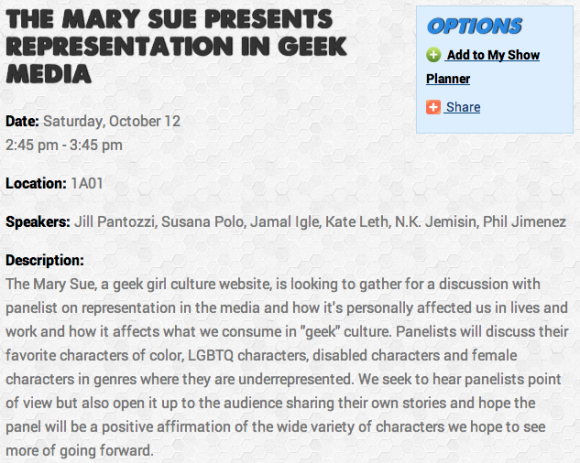 New York Comic Con is merely a month away, and that means that you can finally see a full schedule of the con’s events, including our very own panel, where we’ll be joined by a really exciting group of writers and artists. (And our own Jill Pantozzi will also be appearing on this panel.) See you there! And see what else there is to do at NYCC right here.