New Woodhenge Found Near Stonehenge, Another Woodhenge Identified in … Ohio? 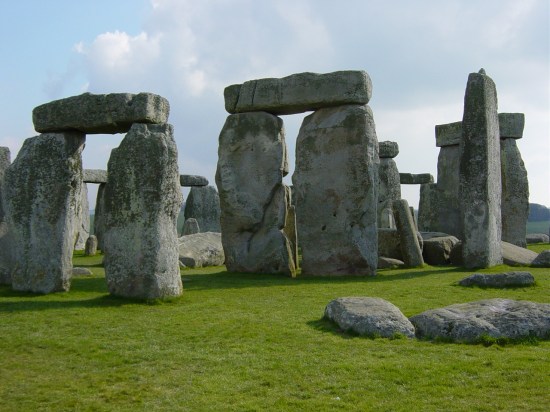 Within only a few days of each other, two eerily similar discoveries were made in quite diferent parts of the world. Only 900 meters (roughly 2,900 feet) away from the original Stonehenge, scientists using radar detection have found that there is another henge, this one seemingly made of wood, still buried under the ground. And just days ago the Internet was flooded with news that scientists investigating a timber circle realized that it bore a very striking resemblance to England’s Stonehenge’s structure, except this timber circle is in Cincinnati, Ohio. Can we all just please agree that this is really weird?

For England’s timber henge, the resemblance to Stonehenge is nearly exact. The structure was constructed on the same orientation in relation to the cardinal directions, and debunks the idea that Stonehenge was constructed as a solitary pinnacle. This will also likely lead to an acceleration of research in the area, which now could potentially just be a hotbed of henges. At the very least, researchers will need to start investigating and excavating the newly discovered henge site.

And the British woodhenge isn’t the only one aligned in conjunction with Stonehenge. What makes this whole story all the more remarkable is that, according to Ohio excavation leader Robert Riordan, their woodhenge is aligned for seemingly exactly the same purpose:

But the model revealed that the alignment is such that, during the Northern Hemisphere’s summer solstice—the longest day of the year—the sun appears to rise in the gateway, as seen from the center of the circle, Riordan said.

In much the same way, and on the same day, the sun appears to rise alongside Stonehenge’s outlying Heel Stone, casting a beam on the monument’s central altar.

Were these structures the norm of a bygone time, spanning across continents? How did such similar structures arise in both Ohio and England 2,000 long years ago? Well, Stonehenge was already a thing of great mystery. Now there are just two more mysteries to throw on the pile.

The fact that these discoveries are being made so close together still has be simply in awe. It’s a double-woodhenge. What does this mean? It’s a full-on double-woodhenge all the way across the Atlantic. So intense!

(Via Fox News, Doubly So)