If You Want to Find a New Species, Go to a Museum, Not Outside 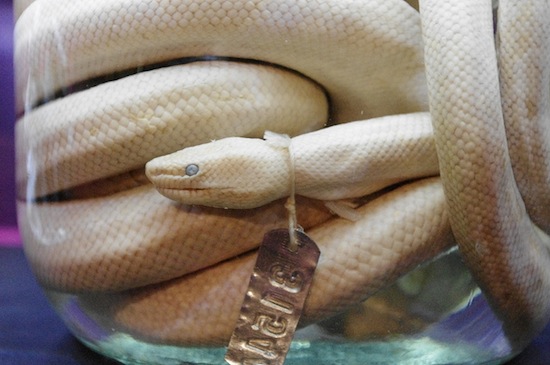 Great news for indoor-kids who still want to discover new species of life: Most new species are described in labs and museums an average of 21 years after they were initially collected. A study shows that everything we thought we knew about discovering new life was wrong. We’re okay with that. We’d rather go to a museum than a rain forest anyway.

A study that compared the span of time 600 species described in 2007 spent on the shelf after being collected was an average of 21 years. That’s a lot different than the idea of field biologists bagging and tagging new species on exotic adventures that we had in our heads. It turns out that in most cases biologists in the field are collecting as many samples in the field as they can, but don’t describe them until later. In some cases, much, much later.

We’re careful to say these “new” species are described and not discovered because that’s really the technical term for what’s happening. While a new species can be found in the field, it isn’t really a new species until a biologist sits down to look at the thing and realizes that the specimen is actually a new species. That process is called describing, and it can take a while.

The average is 21 years, but the species that took the longest time to be described in the study was an Indonesian pit viper that waited 206 years to be described. Pick up the pace, science. Some of the species being newly described are already extinct because the process can take so long. That’s what happened to Pteropus allenorum, a fruit bat from Samoa. A specimen was shot and collected in 1856, but it wasn’t described until 153 years later. By then there were no more fruit bats on Samoa.

So what can science do to speed up this process? The author of the study, Benoît Fontaine from Muséum National d’Histoire Naturelle in Paris, suggests training scientists who can describe and classify these species and making sure they have jobs, as well as conducting more field work. We recommend holding some sort of reality TV program where the winner is the person who identifies the most new species. We’ll host it.