New Still From The Hobbit Features Bilbo and the Sting 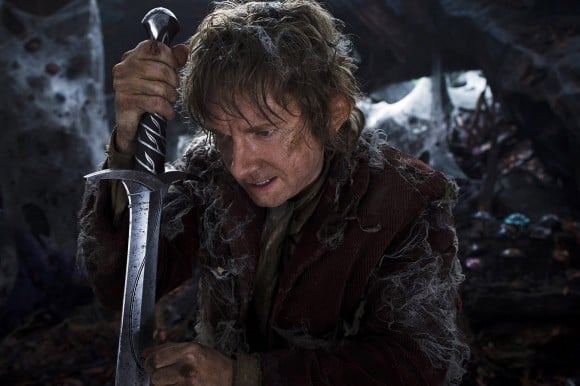 Well, here we go, everyone. We can now say that The Hobbit: An Unexpected Journey opens later this year, and that makes all the new developments even more exciting because they are no longer a year away. And this morning brought us one new development: a tight, intense shot of Bilbo Baggins (Martin Freeman) and the Sting. More information after the jump.

Those familiar with J.R.R. Tolkien‘s books know the significance of the Sting and how it plays into the plot involving Bilbo’s confrontation with Gollum (who will be played once again by Andy Serkis). While for a hobbit, the Sting is sword-sized, it’s actually an Elvish long-blade knife. It was lost during the Fall of Gondolin and made its way into a troll-hoard, where Bilbo finds it. And — watch out, we’re going to make an unavoidable pun — what gives Bilbo an edge — you were warned! — against Gollum, is that Gollum hates things made by elves.

(via The Daily Blam)