We knew that there were going to be a bunch of new sets for Magic: The Gathering, and in their weekly live stream, we found out from Wizards of the Coast that the two upcoming sets are Theros: Beyond Death and Ikoria: Lair of Behemoths. The sets will be released on January 24, 2020 and April 24, 2020, respectively. Each will also have a pre-release event a week prior to its official release date, which has become the new standard for just about every Magic: The Gathering set. Plus, it’ll probably be on Arena around that time.

We’re happy to announce the release dates for two upcoming sets in 2020!

In addition to that news, coming out November 16 there will be new Game Night decks. Game Night is an out-of-the-box multiplayer experience that has five decks playable out of the box, which includes a mix of reprints and five new cards. It’s perfect for new players in a group who want to have competitive, evenly powered decks out of the box.

Those new cards coming out with Games Night are: Whenever a creature attacks one of your opponents, that player loses 1 life.

“We share a common enemy. Does that not make us friends?” 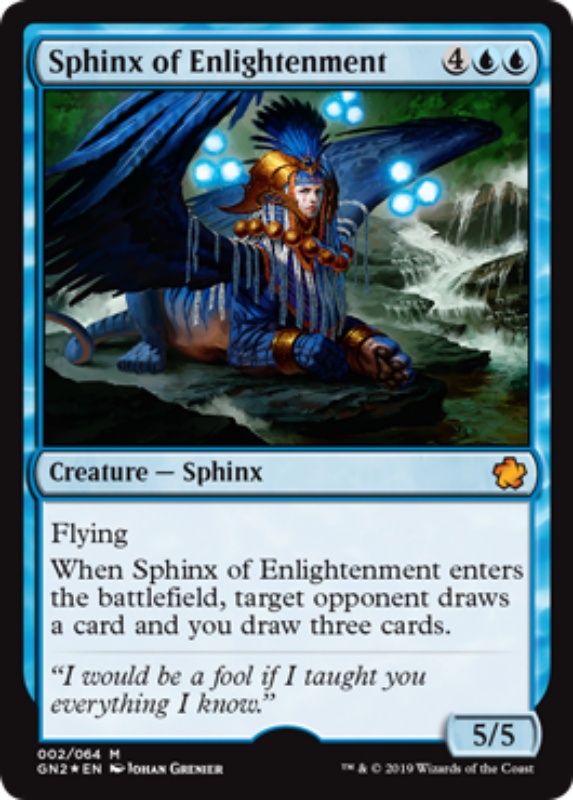 When Sphinx of Enlightenment enters the battlefield, target opponent draws a card you draw three cards.

“I would be a fool if I taught you everything I know.” 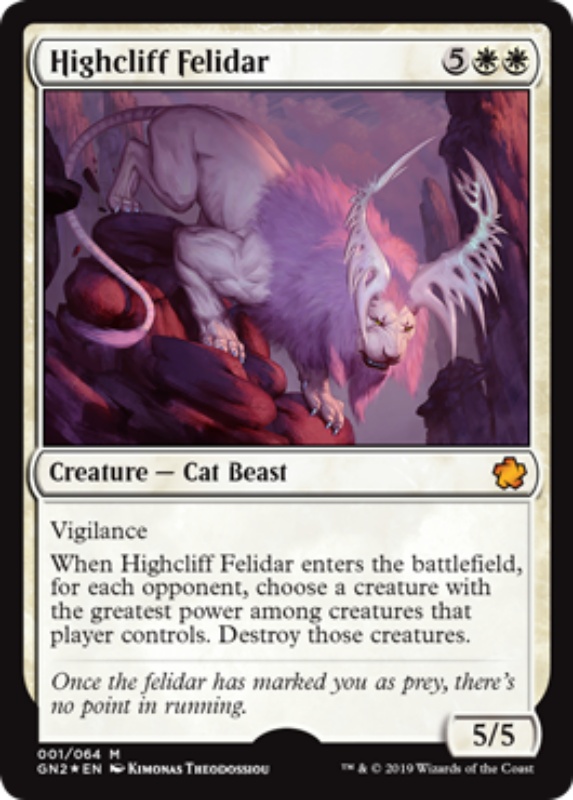 When Highcliff Felidar enters the battlefield for each opponent, choose a creature with the greatest power among creatures that plater controls. Destroy those creatures.

Once the felidar has marked you as prey, there’s no point in running. 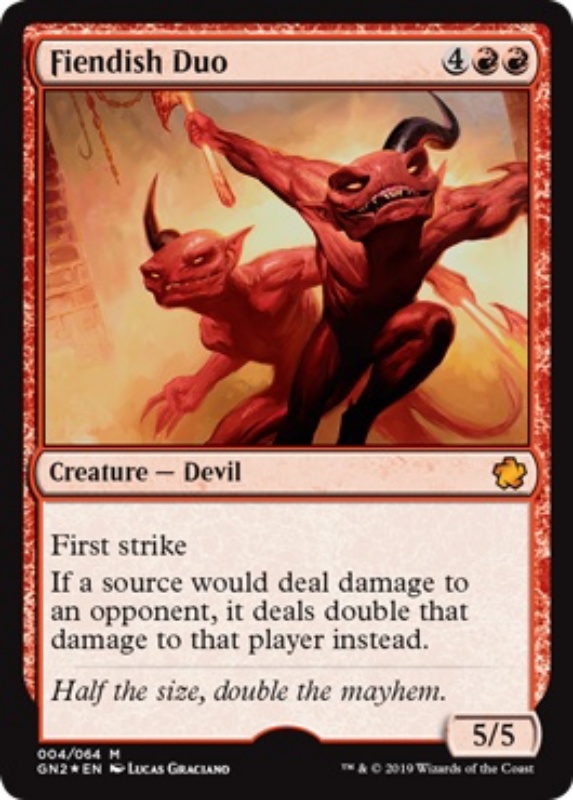 If a source would deal damage to an opponent, it deals double that damage to that player instead.

Half the size, double the mayhem 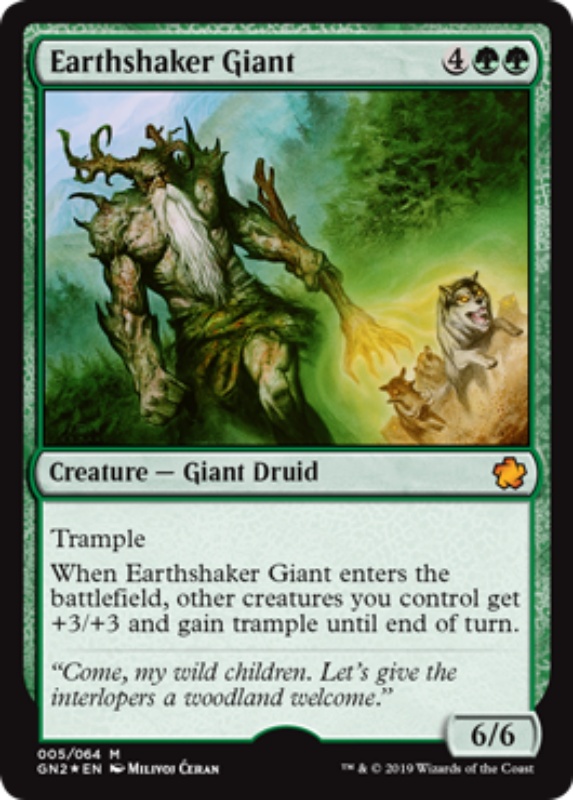 When Earthshaker Giant enters the battlefield, other creatures you control get +3/+3 and gain trample until end of turn.

“Come, my wild children. Let’s give the interlopers a woodland welcome.”

Other sets that will release in 2020, such as Core 2021 and Zendikar Rising, do not currently have release dates attached, but we do know that soon emerging from the Magic world will be the upcoming War of the Spark: Forsaken book. It’s the follow up to the New York Times bestseller War of Spark: Ravnica, publishing on November 12 and written by Greg Weisman of Gargoyles and Young Justice fame.

(via Comicbook.com, image: Wizards of the Coast)