That’s Not All, Folks – Warner Bros. Is Making A New Looney Tunes Movie 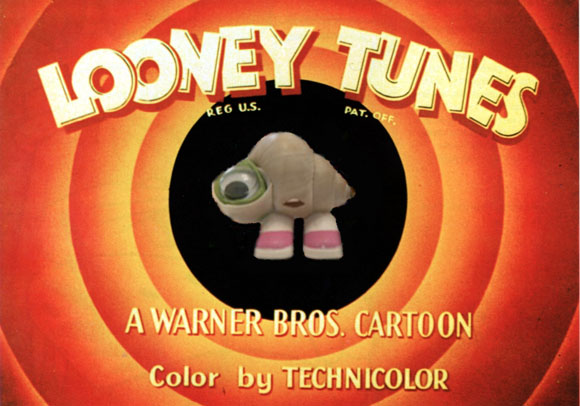 Some might call it a reboot but we’re of the mind Looney Tunes never went away, so we’ll refer to this as a return to stardom. Warner Bros. has made a deal for a new Looney Tunes movie with Harry Potter producer David Heyman onboard and former SNL cast member/the creator and voice of Marcel the Shell, Jenny Slate, writing the script. I’m pretty sure this is going to be awesome.

You could liken it to the comeback of The Muppets last year since Bugs Bunny and all his pals haven’t really been front and center for a while. The last we heard or saw of them was in 2003’s Looney Tunes: Back in Action, but this new project has a good team behind it which leads me to think it will be something special.

The Hollywood Reporter says it will be a hybrid live-action/CG film but that details of Slate’s script are being kept quiet. If you don’t remember, or have yet to see Marcel the Shell, do yourself a favor and watch this and then watch this.

“David Katzenberg and Seth Grahame-Smith of KatzSmith, the latter of whom penned the script to Warners’ Dark Shadows, are on board to produce along with Harry Potter producer David Heyman and his Heyday Films president Jeffrey Clifford,” writes THR. “Slate has appeared in various comedic capacities on VH1 and Late Night With Jimmy Fallonand was a castmember on Saturday Night Live for the 2009-10 season. She also voiced characters in Dr. Seuss’ The Lorax and Alvin and the Chipmunks: Chipwrecked.”

I don’t know about you but I am 100% for this happening. Bugs, Daffy, Wile E. Coyote and the rest of the gang are timeless. I’m crossing my fingers for a Marcel cameo.