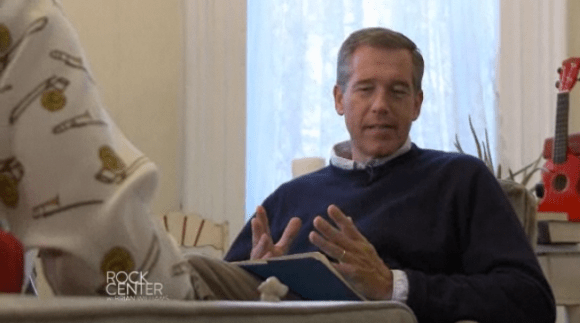 On his new show Rock Center, NBC News anchor and all-around media hero Brian Williams was awesome enough to feature some New York-based comedians, Jenny Slate and Dean Fleischer-Camp, and their amazing internet creation, Marcel the Shell With Shoes On. The tiny, one-eyed be-shoed shell has two videos on the internet, boasting millions and millions of hits — and hearts. Yeah. I said it. But Marcel the Shell is newsworthy, so you should follow us behind the jump and watch the very excellent video. Marcel won’t talk to just anybody, people.

Also featured in this video: Slate doing Marcel’s voice, which she does without any computer alteration or fancy whirligig effects.