Netflix Is The Official Home Of The Last Star Wars: The Clone Wars Episodes 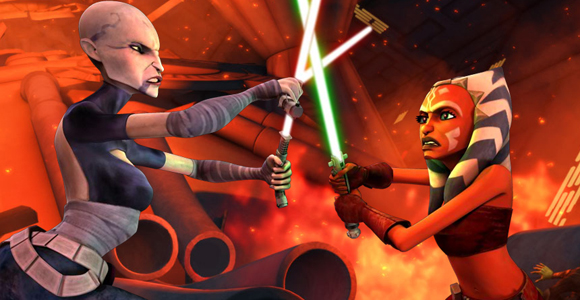 Netflix is quickly becoming the go-to location for new, exciting content. It’s just been announced the sixth and final season of Star Wars: The Clone Wars would debut on the paid subscription service.

We previously thought we had the answer to Clone Wars ending. Writer Jeremy Barlow will be putting together a 4-part comic book miniseries focusing on a Darth Maul story never explored on the animated series but that’s only part of the tale left to tell. From the press release:

The release also notes this will be the first time any Star Wars content will be available on Netflix.

This probably shouldn’t be a surprise considering Disney recently struck a major deal with the service to produce five original Marvel superhero series. I’m excited, not only to see new Clone Wars but to actually sit down and watch it straight through, which I’ve yet to do.