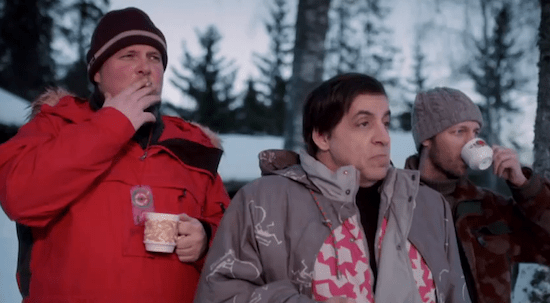 Netflix’s first foray into the realm of original content will kick off this coming February with a new series called Lilyhammer, about a New York gangster trying to make a new start in Lillehammer, Norway. The new show is billed as a fish-out-of-water series, starring former Soprano’s mainstay (and E Street Band guitarist) Steven Van Zandt. The trailer certainly seems intriguing, and after a turbulent year for Netflix, an interesting looking new series could break new ground for the content streaming giant.

During 2011, Netflix saw the loss of Starz and other solid movie content from its library. In the same year, the company also attempted to spin-off its DVD rental business to a separate company called Qwikster, a stunt which lasted all of a month. On top of that, the streaming company became a pariah of the ISPs who claimed that Netflix’s traffic was an unmanageable burden.

Apparently not content to simply stream the properties of other companies, Netflix announced its intention to begin creating and running original content. The move could be compared to premium cable channels, like HBO, that scored major success with shows like The Sopranos and The Wire. These cinematic serials brought critical and commercial attention to high-end cable, a scenario Netflix is likely hoping to repeat.

Lilyhammer is only the opening salvo for Netflix. Also debuting in 2012 is House of Cards, an American remake of the classic British miniseries which is slated to star Kevin Spacey and has David Fincher as director. On top of this, Netflix won out over Showtime for the right to run a limited season of Arrested Development which will air before the long-rumored film based off the cult-hit comedy.

Despite these other projects, the success or failure of Lilyhammer is sure to be a watershed moment for the company. As is the case with the Qwikster debacle, Netflix has shown the ability to change its mind on a dime. Hopefully, the new show will be as good for viewers as it could be for Netflix.