Qwikster is Already No More: Netflix Kills the Service Before it Begins 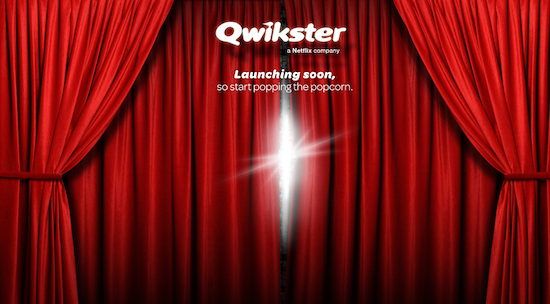 On a post on the Netflix blog this morning, Netflix CEO Reed Hastings announced that the recently revealed DVD-only service, Qwikster, was to be canceled before it ever launched. Less than one month ago, Netflix made the world wonder when they announced that they would be splitting their service in two, leaving the streaming service to the established Netflix branding, while creating a new brand, Qwikster, to handle the DVD-by-mail service that was once the cash cow for Netflix. The blog post is short and probably sweet for those who weren’t looking forward to either dealing with two different services, or for those who were planning on dropping their DVD-by-mail service in order to prevent dealing with two different services. The post begins rather effectively, getting right to the point, eschewing any kind of roundabout excuses:

It is clear that for many of our members two websites would make things more difficult, so we are going to keep Netflix as one place to go for streaming and DVDs.

We value our members, and we are committed to making Netflix the best place to get movies & TV shows.

A quick trip to the Qwikster web address, qwikster.com, already redirects to the Netflix homepage, rather than the launching soon page that displayed the above graphic. Though Netflix felt the split was better for both services in the long run, Netflix customers weren’t particularly happy about the split, many vowing to drop the DVD-by-mail portion of their service in favor of streaming. It seemed Netflix got the message, and has now decided against splitting the two services into two different companies. Good-night, Qwik prince.

(The Netflix Blog via Techmeme)