Arrested Development to Return for One Limited Season Before Fabled Movie 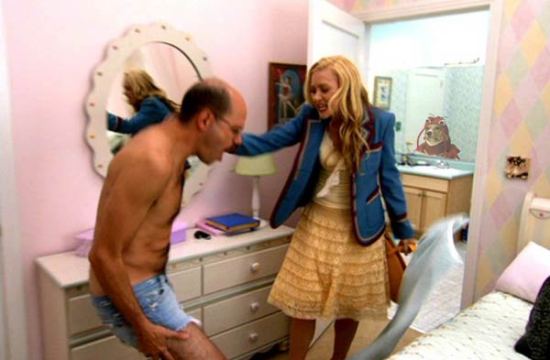 At the New Yorker Festival last night, Arrested Development creator Mitchell Hurwitz and most of the show’s cast participated in a panel discussion regarding the show, and Hurwitz revealed that the show would be returned for a limited television season — about nine to ten episodes long — leading up to the fabled Arrested Development movie. The original cast would return, reprising their roles, and each episode would focus on a main character of the show, which Hurwitz feels would provide enough backstory to get the movie started without having to spend half of the movie telling the story of where each character has been for the past five years. Hurwitz explains:

“Just creatively, I have been working on the screenplay for a long time and found that as time went by, there was so much more to the story. In fact, where everyone’s been for five years became a big part of the story. So in working on the screenplay, I found even if I just gave five minutes per character to that back story, we were halfway through the movie before the characters got together.”

Hurwitz claims he and his team are about 80 percent finalized for all of your Arrested Development dreams to take place, with the popular rumor floating around the Internet that the limited-run series would air on Showtime or Netflix.

Both Jason Bateman and Will Arnett joined in over Twitter and confirmed the existence of the limited-run series:

So, Internet, it looks like your favorite comedy show will be returning twice — once for the limited-run series and once for the movie. Are you a little worried that the new series wouldn’t have the same magic if each episode is only focused on one character and doesn’t feature enough cast interaction? Or are you so full of excitement right now that you’d watch a ten episode series of an empty, untended Banana Stand?