Seems to be Casper meets Cary Grant, and you play Casper's older brothers. 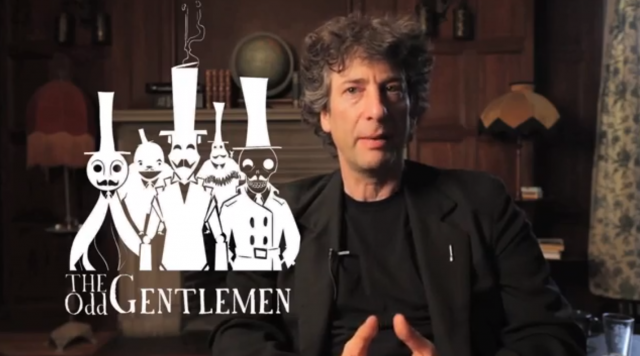 It should be no secret that I’m mildly obsessed-slash-in-love with Neil Gaiman. As should the rest of the world, because he’s awesome, adorable, and British. Like 101 Dalmatians made into a person. And now he’s becoming even more entrenched in our web of love with his first ever video game: Wayward Manor. In which the protagonist is (of course) dead. 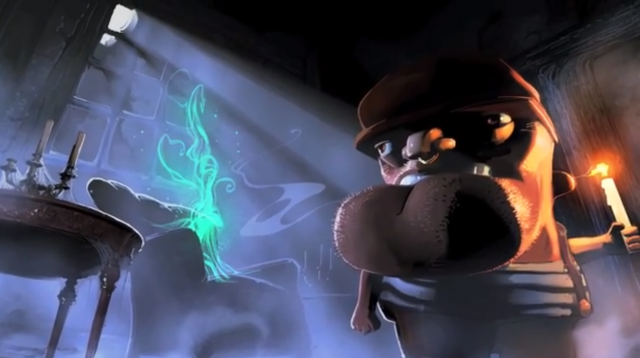 Gaiman, drawing inspiration from fantastic old black-and-white films ranging from Arsenic and Old Lace to Blithe Spirit, is creating an interactive story along with developers The Odd Gentlemen about the ghost of an old manor that is pestered by a series of annoying new inhabitants. Spoiler: You play the ghost. The game is set in a 1920s Gothic-Victorian home, called Wayward Manor, and you’re supposed to come up with the most creative ways possible to scare or annoy the residents out, in ways Gaiman describes as macabre and glorious.

Plus everyone is in some unspecified danger, and there’s a crotchety ancient butler, so that’s always fun. And if you have $10,000 lying around, you can join Gaiman for “the spookiest dinner anyone has ever had… in Los Angeles.” In other news, did I mention all of my internal organs are now for sale?

The estimated delivery date for Wayward Manor is December 2013, but if you can’t wait to learn more, you can check out the game’s site. In the meantime, here’s a video of Gaiman clearly holding back his excitement as he introduces the project.

(via Uproxx, images via WhoHauntsNeil)