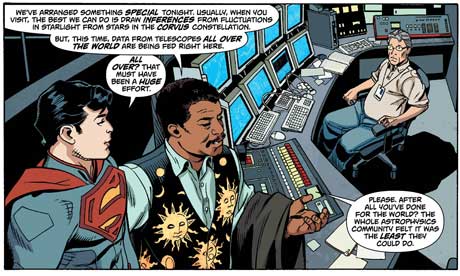 Yesterday we told you astrophysicist Neil deGrasse Tyson had helped DC Comics determine the exact location of Superman’s home planet Krypton. That was pretty cool news on its own but we also learned Tyson would be appearing in this week’s issue of Action Comics to give Superman a helping hand. And here, ladies and gentlemen, is a look at that appearance. Neil deGrasse Tyson, we love you. Click ahead for a few more panels of the astrophysicist in action. 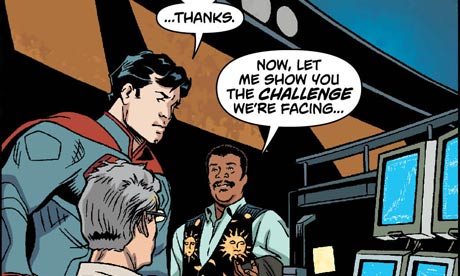 And in case you’re wondering, yes, he does own that vest.