Oh God, it's full of stars. 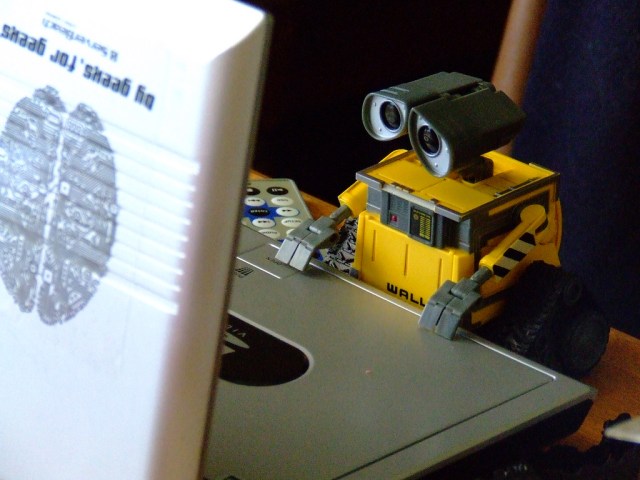 Everybody loves trying to connect all of the films of a particular director or film company so that they exist in the same universe. Naturally, Pixar‘s various Easter eggs and cross-film references makes it a shoe-in for this kind of nerd speculation. Many have tried, and all have failed thus far, but writer Jon Negroni has probably gotten the closest that we’re ever going to get to integrating all the Pixar movies into one narrative. His theory is a work of genius. I might cry.

Somehow he manages to work Brave, Toy Story, A Bug’s Life, Cars, Monsters Inc., The Incredibles, Wall-E, Up!, Finding Nemo, Ratatouille, and all relevant sequels into one world using time travel, magic, and heightened evolution to bolster his theory.

But why, Jon? Why? Apparently, because of Cracked:

Several months ago, I watched a fun-filled video on Cracked.com that introduced the idea (at least to me) that all of the Pixar movies actually exist within the same universe.

Since then, I’ve obsessed over this concept, working to complete what I call “The Pixar Theory,” a working narrative that ties all of the Pixar movies into one cohesive timeline with a main theme.

And complete it you did, sir. This is going to go down in speculative nerd blogging history, right there with the Machete Order of Star Wars Watchability — I can feel it.

Read the whole thing in its entirety here. You might want to use a series of mirrors to make sure you’re not looking directly at his actual words, because your brain might explode from too much amazing. Trust us on this one.