NBC Is Kicking CBS’ Butt in the ‘Valuing Women’ Department 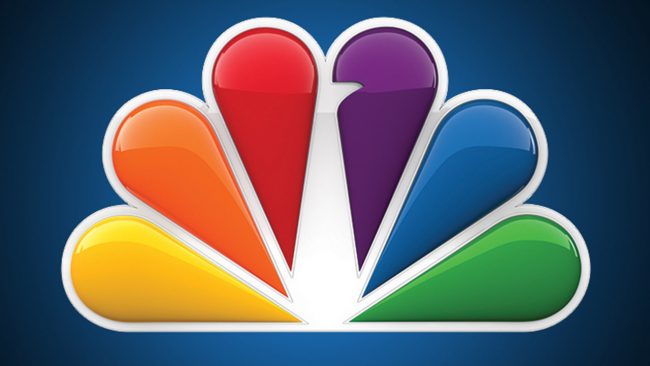 Earlier this week, executives at CBS addressed the fact that exactly zero of their upcoming fall shows feature female leads. (That doesn’t count CBS All Access, as they seem willing to dabble in this grand experiment we call “women” on their internet arm.) Last season, they developed a number of female-led shows, but none of them were picked up. Those that were featured all male leads, all but one of whom is white. The network’s senior executive vice president of programming, Thom Sherman, gave a familiar line about the women’s shows just not cutting it, quality-wise. “The way things turned out, those pilots were not felt to be as good as some of the other series that were picked up,” he said. “That’s just the cycle of business and how it happens sometimes.”

Hm. Yes. That is how it happens when those in charge refuse to look at potential opportunity imbalances in the way they operate. For example, Sherman was also asked why the casting department is an all-white team. His response? “We are cognizant of the issue, we hear you and we will be looking to expand the casting department.” That’s great. Please do. But in the meantime, also please expand your executive pool, producers, writers, and directors. That old “stuff by & about women just isn’t as good” line is bull.

I'll just @netflix and chill. Or some @HBO greatness. Or anything by #RyanMurphy
There's so many incredible options that dont include @CBS https://t.co/lGGTcZhvMR

When the head of CBS Entertainment says he’s “not sure [he] can speak to why it’s taking longer” for CBS (as opposed to other networks like FX) to increase diversity in front of and behind the camera, that’s just pathetic. Because while most of us aren’t experts, I’m guessing we can all come up with a couple handfuls of ideas. Waiting around for great scripts by women to land on the right desk sounds like equality, right? Sure it does. Entertainment is a meritocracy! The best script is what ends up on television! That’s why everything on CBS is so good!

No, that’s not how things actually work. To start, we know that even when scripts by and/or about women do make it to the top, those projects are judged and handled differently than what are viewed as “regular” shows. (Read: by & about men, as if women are a volatile niche market.) Just look at last season’s Nancy Drew show, which was allegedly dropped because CBS’ season was skewing “too female,” meaning two of the six shows they were considering had woman leads.

Even before that script can get dropped for being “too female,” though, it has to make it that far, which is rare when compared to the number of men’s scripts who get noticed, and women’s inherent talent is not the reason. Hollywood, like most fields, is built on connections, relationships, mentorships, and the like. And because it’s a male-dominated industry, that’s a hard system to change. Not every man has to be Mike Pence-levels of candid about their lack of contact with women. The pathways to success (professional friendships and mentorships, for example) simply do not exist in the same way for women and POC as they do for white men, simply because when someone with influence or experience is at a place to offer guidance, maybe take on a protégé, those opportunities tend to stay within a shared demographic.

So while men’s rights trolls may see the creation of opportunities for women and POC as “special treatment,” it’s really just playing catch-up, usually on a very small scale. And it’s entirely necessary, because if we keep waiting for progress to happen naturally, it simply won’t. At least, not to any degree that could appear truly equal.

So kudos to NBC, for doing what CBS won’t: creating not just opportunities, but pathways to success. Because inequality starts at the very bottom.

The network has launched a new initiative called “Female Forward.” NBC’s Entertainment President, Jennifer Salke, along with legendary television director Lesli Linka Glatter (she’s directed episodes of everything you love: The West Wing, Twin Peaks, Gilmore Girls, Mad Men–oh, plus the movie Now & Then) and their Programming Talent Development & Inclusion office (yes, they have a whole department dedicated to increasing representation) spearheaded the program as a complement to their Emerging Directors program. This initiative will allow ten women to shadow three of the network’s shows, and each will be given the opportunity to direct one episode of one of those shows.

These are the types of opportunities that are offered by men, to men all the time, and the fact that few women rise through the ranks to the position where they can offer them is often viewed as being a sign that women aren’t interested, or aren’t talented enough to deserve them, rather than a nearly insurmountable systemic hurdle. As Glatter puts it, “It shouldn’t be harder for our daughters to direct than for our sons. It should be an equal playing field … A program like this is a game changer.”

Salke said of NBC Entertainment, “It’s been a collective and urgent goal of ours to identify more female directors. We strongly believe women can and should be at the forefront of telling compelling stories, and I hope the guaranteed directing component will have real impact on our shows as well as the industry. It’s an honor to have a partner and advocate in the amazing Lesli Linka Glatter, who shares these ideals with us and has passionately acted as a mentor to other women throughout her career.”

You hear that CBS? “We are cognizant of the issue” is not an acceptable response to being called out for your lack of diversity. Not being sure you “can speak to why” that diversity isn’t present is unacceptable. NBC acknowledged their shortcomings and is taking steps to rectify them. (Also note, they recognize this as a step. Providing opportunities to ten women is a “game changer” not an end game.) It’s not that hard to do something–anything!–CBS.