'Star Trek: Discovery' Will Have Its First Gay Couple | The Mary Sue 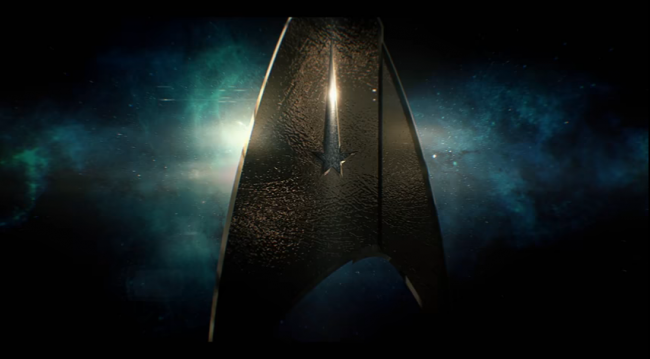 Star Trek: Discovery has given us a lot to keep an eye on. Despite an overly explode-y latest trailer (and seeing Bryan Fuller walk was a major blow), it feels like there’s a lot to look forward to, not the least of which is the show’s commitment to inclusive representation. In addition to a racially diverse cast and a female captain, we knew the show would also feature Anthony Rapp playing the first openly gay character in TV Star Trek history. (Sulu was retroactively revealed to be gay in Star Trek Beyond.)

"I play the first openly gay character in the history of TV Star Trek. I'm very proud of that & he's a scientist." –@albinokid #SDCC2017

But then to take things a step further, at Comic-Con this weekend, Rapp revealed that he won’t be the show’s only openly gay character. He’ll be joined by Wilson Cruz, playing his love interest, medical officer Dr. Hugh Culber.

That means there will be (at least) two gay characters, both played by gay actors, which SHOULD NOT BE A RARE THING. But we all know it very much is.

Rapp told the Comic-Con crowd, “Wilson Cruz will be playing my love interest, my partner. My man love―and we’re both officers on the ship.”

He gave EW more details on the relationship, which he says will be fully fleshed out and portrayed in a “complex and human and non-stereotypical” way. Rapp makes it clear that their sexuality will not be the only thing that defines them, as we see so often with LGBTQ+ characters. Instead, Rapp says we’ll “get to see his [character’s] relationship. There was a little glimpse in Sulu in Beyond, and it was a nice nod. But in this case, we actually get to see me with my partner in conversation, in our living quarters, you get to see our relationship over time, treated as any other relationship would be treated.”

The showrunners, Aaron Harberts and Gretchen J. Berg, said they “wanted to roll out that character’s sexuality the way people would roll out their sexuality in life.”

In addition to this being a huge, historic milestone for representation, can we also take a moment to appreciate the amazing 90s nostalgia happening here?

We have Mark from Rent–

And My So-Called Life’s Ricky–

Who was also in Rent on Broadway!