Nazis, Please Keep Your Hands off Our Jane Austen

That's not what she meant by "Prejudice." 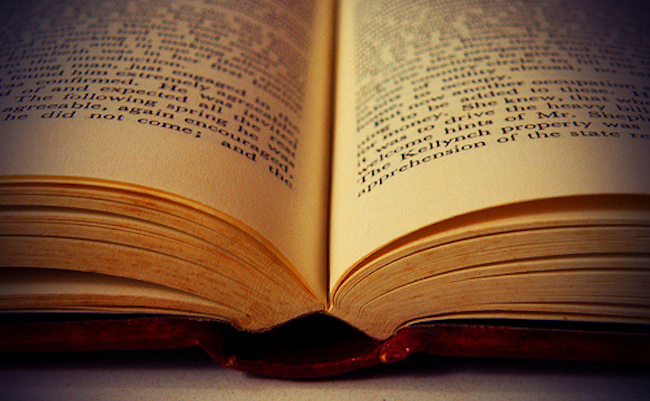 Of all the things modern white nationalists and Nazis could adopt and corrupt, Jane Austen seems like a pretty left-field choice. And yet, here we are. Apparently, Austen is a bit of an icon in the  Nazi community. During his last tour before imploding into obscurity, Milo Yiannopoulos butchered a reference to the opening line of Pride and Prejudice: “It is a truth universally acknowledged, that a single man in possession of a good fortune must be in want of a wife.”

Milo’s version? “It is a truth universally acknowledged that an ugly woman is far more likely to be a feminist than a hot one.”

He also incorrectly referred to the Regency era writer as Victorian, but whatever. I’m guessing details aren’t really important to these specific fans. It seems they’ve adopted Austen merely as a symbol. And despite initially being filled only with equal parts confusion and rage, it actually makes a weird kind of sense if you follow the zigzagging wisps of logic they had to create to get to this place.

The Austen symbol, in many ways, closely parallels the rhetoric and belief systems Trump ran his campaign on. Nicole M. Wright was the writer who first noted the Austen/White nationalist connection in a Chronicle of Higher Education article earlier this month, and she notes:

Venturing into the mire, I found that there are several variations of alt-right Jane Austen: 1) symbol of sexual purity; 2) standard-bearer of a vanished white traditional culture; and 3) exception that proves the rule of female inferiority.

Additionally, as she puts it, there’s always the chance that “perhaps Yiannopoulos had glanced at the title of Austen’s most famous novel and assumed that Pride and Prejudice was a justification of white pride and prejudice against ethnic minorities.” That sounds pretty likely, doesn’t it?

All three of those variations that Wright says draw these communities to Austen fit perfectly alongside Trump’s demands to “make America great again,” as well as the Brexit nostalgia for “a better, bygone Britain.”

“Traditional” gender roles, sexual purity (for women, obviously), a world populated almost entirely by white inhabitants–those are the values this group has come to impose on Austen, and they’re also the fictional version of America Trump promises to return us to.

The “exception that proves the rule” bit of their perception of Austen is definitely relevant as well. Not only is she representative of sexual purity, but she is a brilliant mind, and by recognizing her as such (even if I find it hard to believe many of these bigots touting her work have actually read much of it), it’s a safeguard against accusations of misogyny. It also guarantees they don’t actually have to take women’s needs or values into consideration.

Wright quoted a men’s rights blogger who wrote a popular piece claiming nearly every great mind is a man’s. (*Eye roll.*) “Not to say that all women are incapable of artistic, scientific or military talent; every so often, we get a Marie Curie, a Jane Austen or a Joan of Arc.” (As if these men wouldn’t be the exact ones burning Joan of Arc at first glance.)

This is, to a T, the Kellyanne Conway tactic. Hire an attractive, successful, outspoken woman as your figurehead, not to represent or connect with women, but to stand out from them. That way, any woman claiming women (or any marginalized groups) have a systemic disadvantage, this symbol is there to ostensibly prove them wrong.

Here the alt-right finds common ground with the literary gatekeeper Harold Bloom; in his best seller The Western Canon (1994), Austen is one of four women on a list of 26 most influential authors. According to this formulation, Austen is not a trailblazer for the female authors who followed in her wake, but rather a rebuke to women who have not reached her level of achievement.

By comparing their movement not to the nightmare Germany of Hitler and Goebbels, but instead to the cozy England of Austen — a much-beloved author with a centuries-long fandom and an unebbing academic following — the alt-right normalizes itself in the eyes of ordinary people… Such references nudge readers who happen upon alt-right sites to think that perhaps white supremacists aren’t so different from mainstream folks.

This subtle mask of normality–as we see in the term “alt-right” itself–is dangerous for the exact reason Wright notes. This modern white nationalist movement is trying hard to present itself as centrist. And it’s working, to the point that Donald Trump was (sort of, maybe) elected President by pandering to their creed. And now we’re in a place where more and more people are denying the idea that Steve Bannon and Brietbart could be perpetuating anti-Semitism and dangerous racist beliefs, because they’ve been accepted and lauded by the President. And by all logic we’re used to, that automatically gives them credence as mainstream politics. That’s what we mean when we talk about normalization.

It’s maddening that through willfully misguided interpretations of her work (I think it’s safe to assume that Austen and her characters would have despised Trump and his similarly rude, loud, self-obsessed supporters), these racist, misogynistic, antisemitic trolls claim some sort of connection with a literary pioneer and, for many, a feminist icon.

While ignoring their attempts feels a bit too close to allowing the normalization to go unchecked, that doesn’t mean we have to give them more credit than they deserve. To perceive a natural connection between Austen and Naziism is flat-out absurd. It takes some major stretching and bending of history, and a lot of baseless assumptions. So if Austen is close to your heart, she can stay there. They don’t get to own her. She’s still yours. Plus, you know what they say …

It is a truth universally acknowledged, that a bigot in possession of an internet connection must be in want of attention.

(via NYT, image via Visual Hunt)